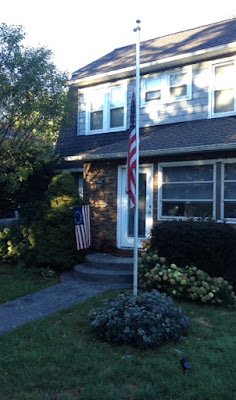 ...and the flags are at half mast...in honor of those who died on this day, fifteen years ago. 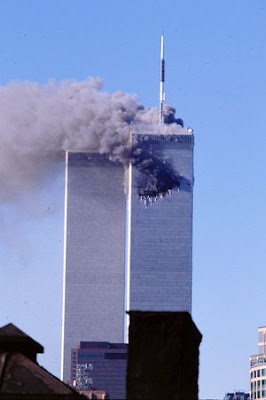 We are a changed nation, a different world....may God strengthen us and give us courage, perseverance and clarity as we struggle against a violent, perverse, godless ideology of world domination.

A heartfelt thanks to all those who portrayed courage despite its deadly consequence.  They are indeed heroes.

It will be interesting on this opening Sunday of the NFL to see if any of the clueless millionaires playing an adolescent game will be moronic enough to join Colin Kaepertwit in his mindless "protest" against the country that gives him the freedom to publicly expose his stupidity without official censure.

Will all those with the lowest IQ's and the highest commitment to self-absorption please take one step forward?

Since stupidity is God's way of thinning the herd, I hope those that are so inclined do indeed proceed with their plans for career suicide.

This weekend has been more of the Battle of the Garage, and yesterday's crazy Michigan weather did not help.  Is it sunny or is it rainy?  It's both, several times throughout the day.

So progress was limited, but today should be better...we need some real estate to move stuff so we can organize the "give away" and "put away" piles...we'd prefer to not have that stuff drenched in a fall rain if at all possible.

While sorting through the holiday stuff I paused to admire the fading glory of our back yard... 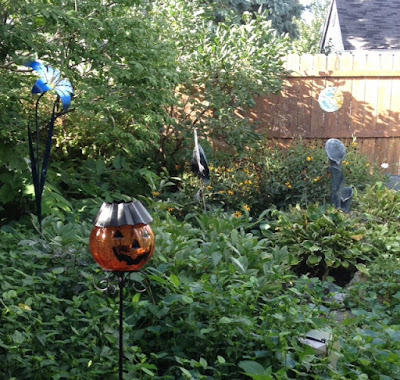 ...not sure how the jack-o-lantern candle holder got stuck back there but I suppose it's seasonally appropriate...well, getting there... 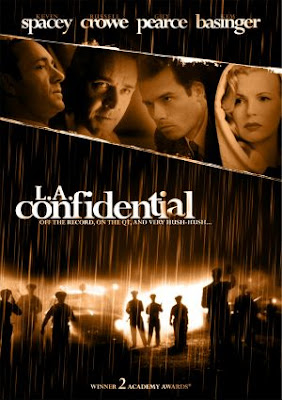 ...a real nail-biter with some very fine acting.  Russell Crowe is amazing as officer Bud White, a volcano of righteous anger and dispenser of street justice.  Kevin Spacey gives his usual slick, jaded, sophisticated turn as a man caught in a moral dilemma.  Guy Pearce is intense as the by-the-book cop in the midst of corruption, but adds depth with his intelligence and commitment to the truth.  And Kim Basinger gives a superb, Oscar winning performance as a fallen woman who finds her way out of a life of abuse.

It's intense but worth a look.

[* not an actual promise.  some exclusions apply.  valid yesterday only.]

Email ThisBlogThis!Share to TwitterShare to FacebookShare to Pinterest
Labels: 8:46 am, 9/11, LA Confidential