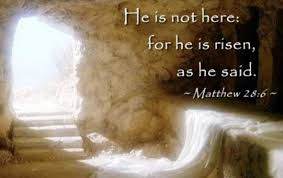 If you're a believer in the Lord Jesus Christ, you know the import of this day.  If you're not, then it's just another Sunday with some fuzzy stuff about bunnies and chocolate eggs.

One of those things has eternal significance, the other doesn't, but either way I hope you enjoyed your day.

For our part, it's officially time to panic.

We've come to terms on a home in Holland...a mid century modern former gem...not exactly a fixer upper, but needs some work.

But that's not what we're panicking over...#4 son will be acting as our general contractor, we've got a budget and know what needs to be done to make it move in ready.

No, our issue is we now have to sell our home and after 12 years of accumulating stuff, that is a daunting task.  My head hurts just thinking about it.

But it's exciting to think about the reality of finally moving into a mid century modern home.  For as much as we love that style of architecture and interior design, we had almost given up on the idea of actually owning one. 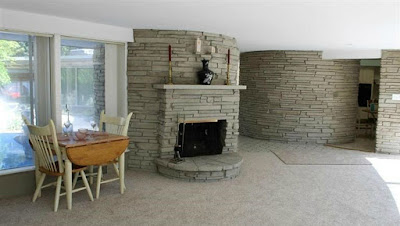 Now, Lord willing, it's going to happen within the next 3 months.

And I'm looking forward to living in Holland...yes, it's a commute to work, but it's closer to the lake shore and a much smaller city of 33,000 people compared to almost 200,000 in GR...our backyard welcomes deer, wild turkeys, and all the usual assortment of birds and woodland creatures...should be glorious in the fall...and once we get the gas log set in the living room fireplace, we might not even mind winter quite as much as usual.  (That's probably just wishful thinking.)

I think Stress and I are going to be on a first name basis for awhile.

Had a couple of people read On Being A Man... 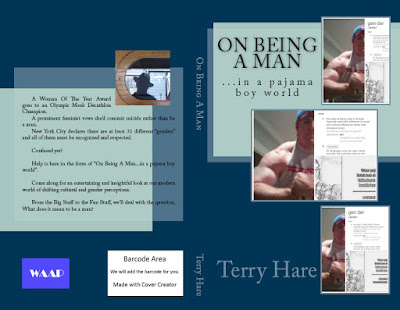 ...and neither of them liked it...one of them actually despised it...so I'm tweaking and editing and revising.

Still going to have a pastor friend read it for a review of the theology, and then try to find a member of what I think my actual target audience is and get their opinion.

After all that, decision time: to publish or not to publish?

Right now, it's haircut time according to my live in beautician.

Email ThisBlogThis!Share to TwitterShare to FacebookShare to Pinterest
Labels: easter