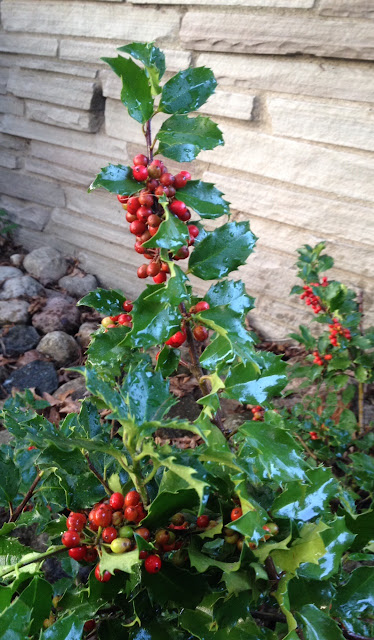 ...and Happy Holly Days...thought this stuff wasn't supposed to show up until Christmas time, but here it is in all it's Glo-ry in front of our wall.  It's pretty, but no thank you...not ready for Christmas yet.

However, the change of seasons is fast approaching...temps are dropping into the low 50's at night as the days continue to get shorter...O joy... 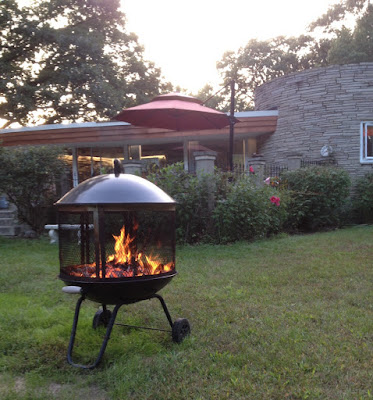 ...but it does make fires in the early evening enjoyable...

So I shelved my book, "On Being A Man...in a pajama boy world", mainly because it wasn't the book I intended to produce. 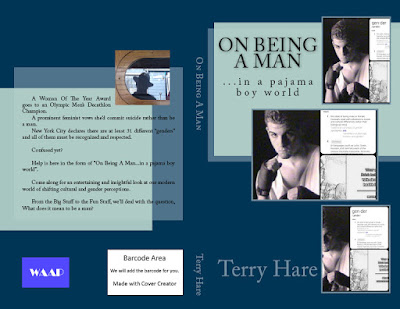 It's kind of a long explanation how I could end up completing a 200+ page manuscript and then conclude, "hey!  this isn't what I wanted to write!"

Sounds absurd, but there is a logical progression that occurred at a turning point when I made a conscious decision - the wrong decision I believe now - to keep moving forward in this "new direction".

Without delving into the minutia, the high level explanation is I veered into theological fields I didn't originally intend to plow...

...and as we all know, politics and religion are two subjects capable of eliciting very strong emotional reactions from the hoi polloi, the great unwashed, the huddled masses yearning to breathe free...


As an example, I asked a competent professional single woman who makes no claim to being a church person if she'd like to read the manuscript before I published it.
Before she did so, I would have told you we were on friendly terms.
Afterwards, not so much.
In fact she was so incensed by what I'd written she told me in very specific language what she thought of me.


I won't repeat the two word epithet here, but will note both words begin with “a” and the first one is “arrogant”.
And while none of that changed my mind about anything I'd written, I decided there are better, more capable men and women to carry whatever banner I may have been waving with that book.
So I've filed it for now under the "potential re-write" category, because I may in the future revisit this subject in the way I had originally intended...pointed, but lighthearted...bc I do believe we have an epidemic of pajama boys skipping about our collapsing society.
When you're 25 years old and the biggest thing you have going is capturing legendary pokemons and choosing the right facial hardware to complement your man bun, something has gone terribly wrong.
It's both hilarious and tragic all at the same time, and I may make attempt number two at chronicling this sad estate.
For now I'm turning my attention to "When A Cardinal Appears, Volume 2" 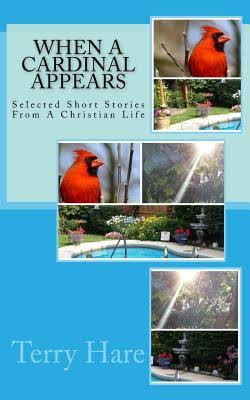 That's the cover for the first book, so I'll have to change that, but basically it will be more short stories I've written, along with some poems.
I'm trying to start something new, but so far the house renovation is taking up too much time and energy after work.  From a creativity standpoint the well may not be dry, but it's definitely low.
Next best thing?  Revisiting past stories and gathering them into book form.  It's a step or two down the creativity ladder...requires some writing in the "author's insights" sections, but not as much energy as writing new stuff does.
Hopefully this will prime the pump.
I't's Saturday morning with much to do on this beautiful late summer / early fall day, so... 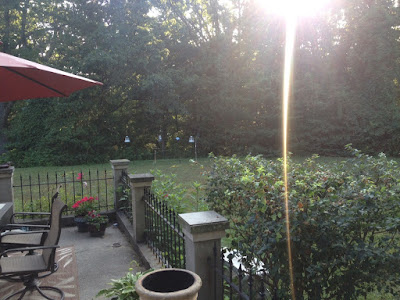 Email ThisBlogThis!Share to TwitterShare to FacebookShare to Pinterest
Labels: holly, on being a man, When A Cardinal Appears