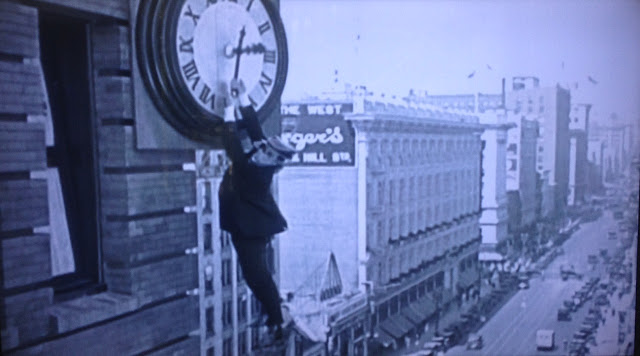 This is one of the funniest movies I've ever seen, filled with dozens of laugh out loud scenes of Harold Lloyd doing marvelous physical comedy. 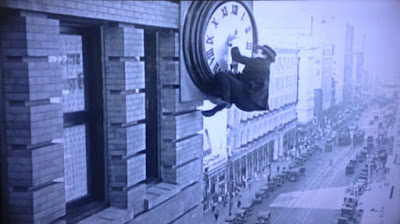 Through the years we've laughed at some truly talented comedians who specialized in physical humor, from Jerry Lewis to Don Knotts to Steve Martin to Jim Carrey but all of them are pikers compared to the Big Three of the silent movie era: Charlie Chaplin, Buster Keaton and Harold Lloyd. 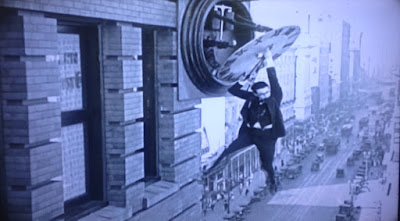 In Safety Last! he's billed as simply "The Boy" who leaves his country home for the Big City so he can make good and marry his sweetheart, "The Girl". 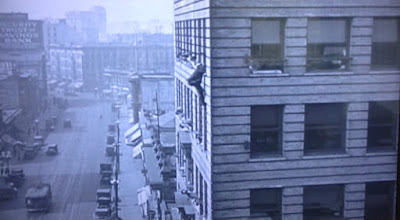 From the opening scene - where it appears he's in jail, being visited by his loved ones who've come to say goodbye at his execution, when in fact they're at the train station bidding him farewell on his trip to the city - to the ending - where he and his sweetheart are on the top of the 12 story building he's just climbed to earn $1000... 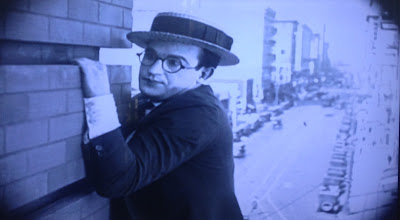 ...it's non-stop funny with rapid fire physical gags.  There are so many of them they're equivalent in some ways to today's "throw away lines"...quick quips that make you laugh but the action keeps moving so you have to focus to keep up.

Do yourself a favor and see this movie...if you think I'm wrong and you don't find this film truly hilarious at least you'll finally know the truth: you were born without a sense of humor.  No wonder you don't have any friends and waste your time reading this blog.

So it's another lovely fall day here... 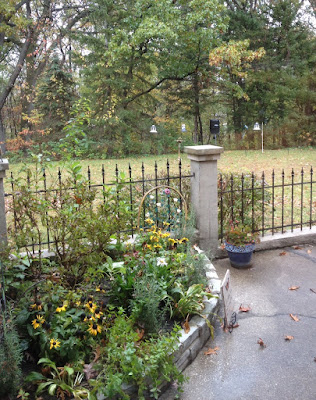 ...and at least we're finally getting some rain...for one brief moment I was fearful we might see the sun two days in a row but thankfully, no danger of that happening.  Yessir, if cloudy, gray, cold and wet is to your liking, we've got just the place for you: Michigan!

Could be worse...Karen's relatives who live up north in Rogers City are being treated to snow and ice.  Good place for it.  They must be very bad people.

Working on getting "When A Cardinal Appears, volume 2" ready for publication this weekend. 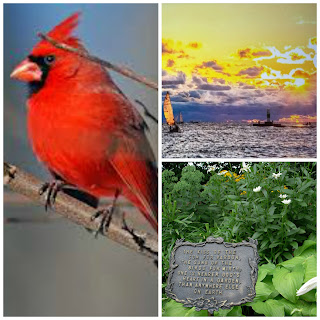 This is always an exciting process for an author.  To think of the thrill of having your literary masterpiece available for sale and being actively ignored by millions of people on a daily basis...well, it's one of life's rare and treasured moments.

I'm actually fairly pleased with the end product and feel it's some of my better work.  I don't say that lightly nor with hubris...I've deleted, discarded and destroyed far more stories than I've kept, having labored over them only to decide "Crap!  It's all crap!" once I had time to step back and review them without emotion.

But these I'm ok with and am happy to present them to the public.  Not that I think everyone will love every one of them...but I think they can stand on their own as viable fiction, whatever the heck that is.

Every so often the local turkey union decides to hold a members meeting in our backyard... 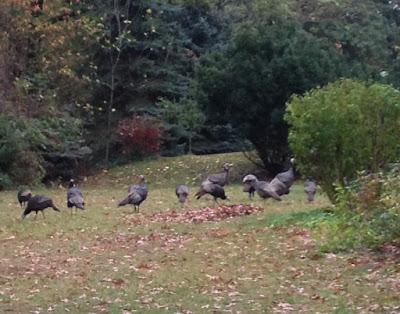 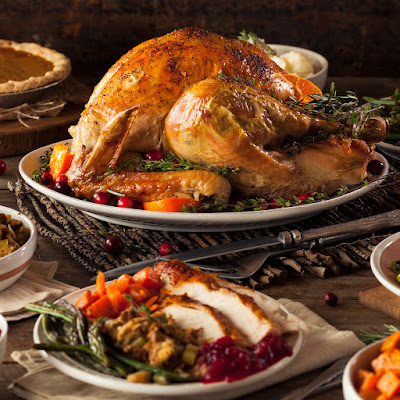 Still hafta get a workout in and get back to the final chapters of TAT, so...