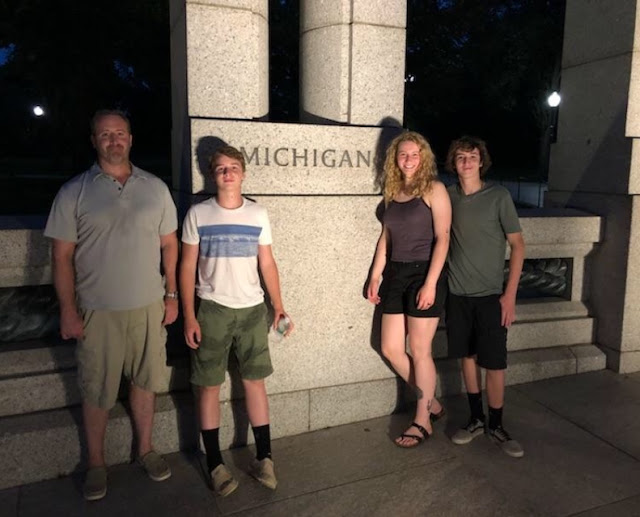 ...was recently invaded...by a group of desperate outlaws, captured here on security video under the cover of darkness... 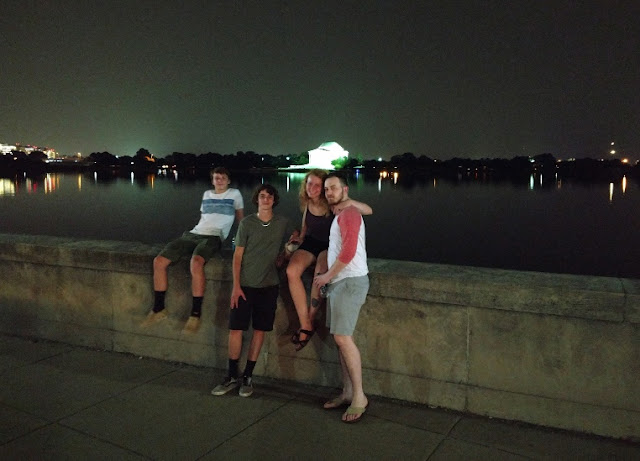 ...pretty sure that's the reflecting pool by the Capitol building...and that's Kyle on the right, Tionna's husband.

A couple more shots of them doing the tourist thing... 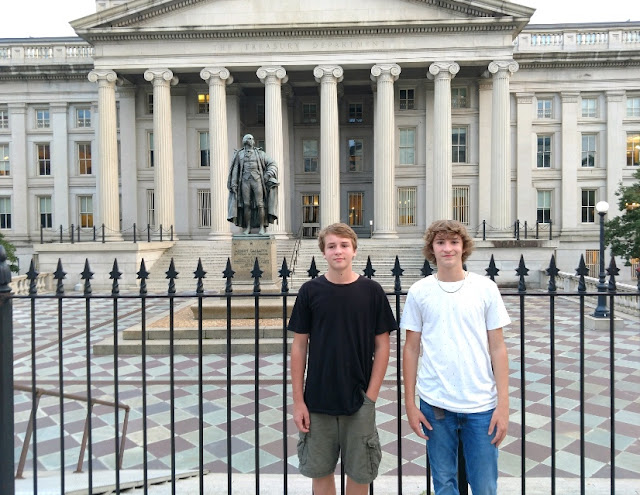 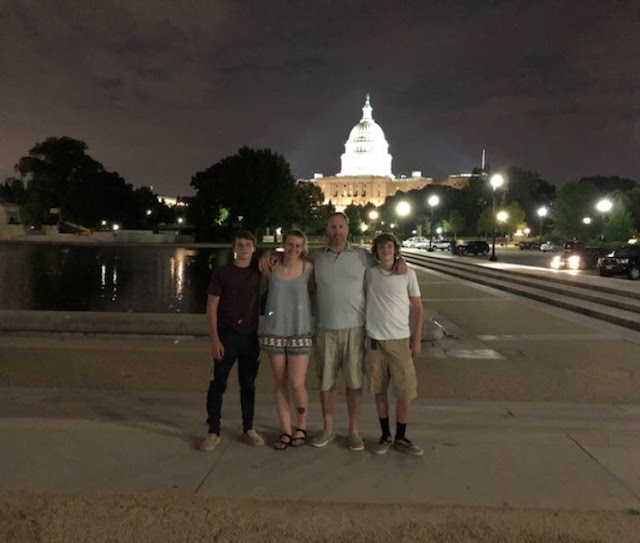 ...and the same desperadoes about to make their getaway...

Micah said the place was jammed with more tourists from other countries than Americans, all there to see what the big yank is. 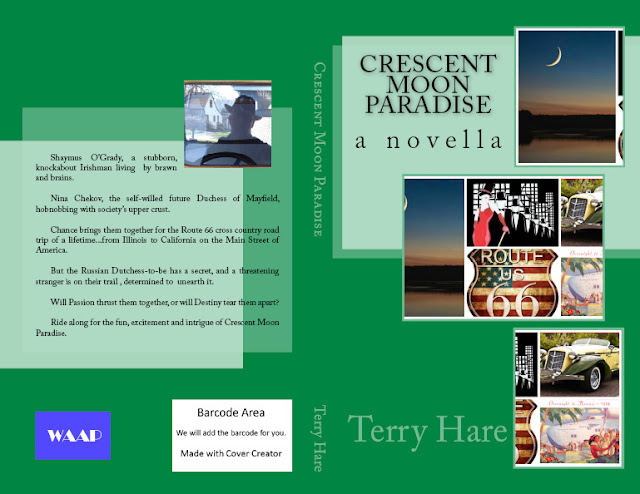 ...Crescent Moon Paradise has finally hit bookstores all across the nation...but just like the poor beleaguered storekeeper in O Brother Where Art Thou... 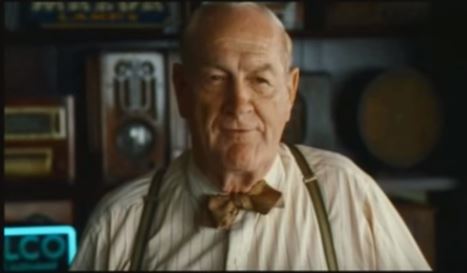 And no wonder...as famed literary critic Biff Bifflemeyer was recently heard to exclaim, "For the love of chicken gravy, where did I leave my car keys?"

His confusion is understandable considering the rush to purchase this soon to be classic of ficta Americanus...not to mention his well documented problems with alcohol.

Biff's personal problems aside, the good news is you don't need to wait for a copy at your local bookstore as it is always in stock at Amazon.com and here within the friendly confines of the Atomic Monster Cafe.

Its pages are filled with exciting things like letters, grammar, punctuation and the occasional run on sentence.  A truly uplifting story that will be loved and adored by some.  (hey, it's possible; you can't rule it out.)

And considering for a moment that some of the above might actually be true!

Enjoyed a round of hickory golf this morning... 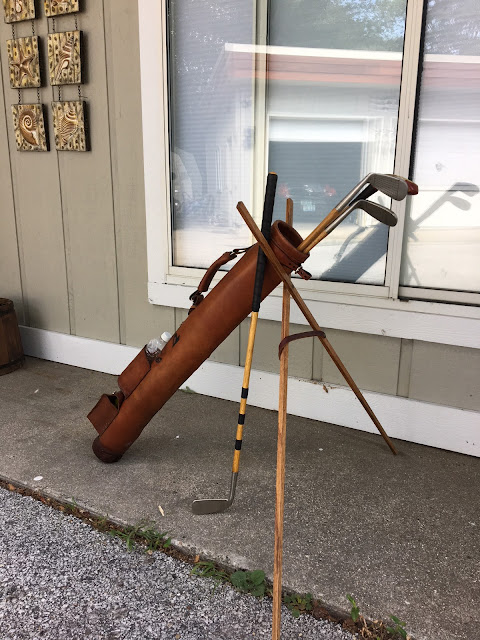 ...and tried out my new putter...that's a replica of Bobby Jones' famed "Calamity Jane" putter from the 1930's.

Jones was the greatest player in the hickory era, and the story goes that he was struggling with his putting just before the 1930 Open...his longtime coach handed him his old putter which Jones then used to sink a 30 foot putt. 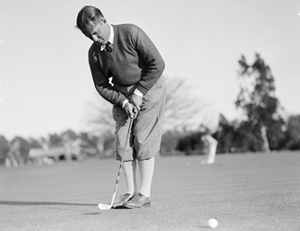 He went on to win the Open and thereafter he kept it in his bag, using it for the rest of his fabled career.  Eventually he nicknamed it Calamity Jane after the 19th Century frontierswoman, scout and sharpshooter.

The 3 bands of whipping on the shaft were the result of Jones' famously volatile temper when he would abuse his clubs after a less than successful attempt, and he shored up the hickory shaft with whipping after he cracked it.

On my replica those are just window dressing, and sadly I did not sink any 30 foot putts today...but I actually did do a little better in that department than I had been with my other one, so I'll stick with CJ for awhile.

Watched a good flick last night, Trouble With The Curve... 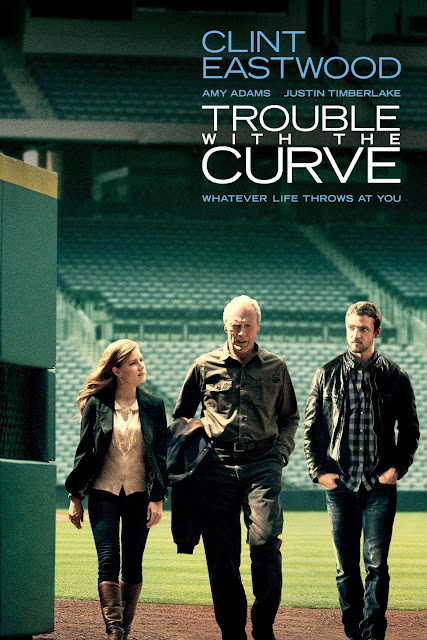 ...loaned to me by a friend from work.

It stars Clint Eastwood as an aging baseball scout, Amy Adams as his estranged daughter / ambitious lawyer, and Justin Timberlake as a former pitching prospect Clint helped sign who is now a scout after burning out his arm.

Clint is very believable as an old curmudgeon struggling with his eyesight at the end of his career, and the conversational repartee between Adams and Timberlake is fresh and entertaining.

Watch for the scene where Timberlake is attempting to ask Adams out on a date and manages to turn it around so it appears she's the one asking...which pseudo invitation he graciously accepts.

Was not a fan of Timberlake's music, and thought he was a bum for throwing Janet Jackson under the bus during the fallout from their obviously staged "wardrobe malfunction" in the superbowl halftime show, lo these many years ago.

But he has turned into a decent actor over time and handles these types of romantic roles very nicely.

There are some touching scenes in this occasionally dark story, including a gravesite visit that reduced me to tears, and a climactic father / daughter confrontation that finally helps clear the air between them.

Just when you're ready to be done with Clint's misanthropic ways the ship manages to right itself in time for a somewhat contrived but satisfyingly happy ending.

This one won't change your life, but it's a couple of hours of quality entertainment...definitely on my "watch it again" list.

But now it's a gorgeous day out there as we start up summer's swan song and prepare to welcome fall... 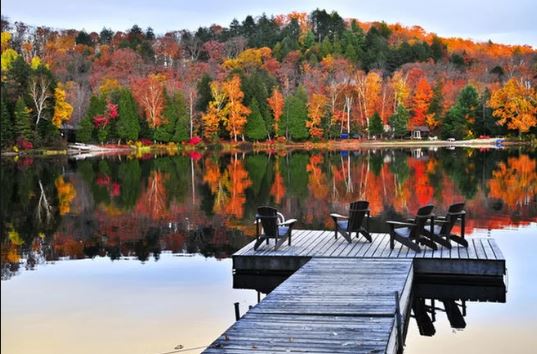