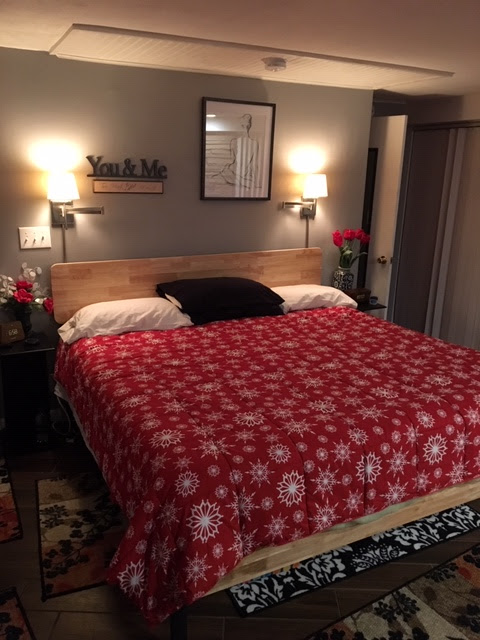 ...which as everyone knows...is 1930's slang for mattress or bed...King Size no less, which hopefully means I will no longer be poked with a sharp stick in the middle of the night.

Karen claims I *sometimes* snore, which I know isn't true because I stayed up all night once just to check.

But anyway she's taken to pushing / poking / whacking me with a large stick to get me to turn over and stop breathing on her..with this new bigger bed we're practically in different zip codes now so shouldn't be a problem anymore.

King Size is really pretty nice...I'm a fairly big person...here's a picture of me... 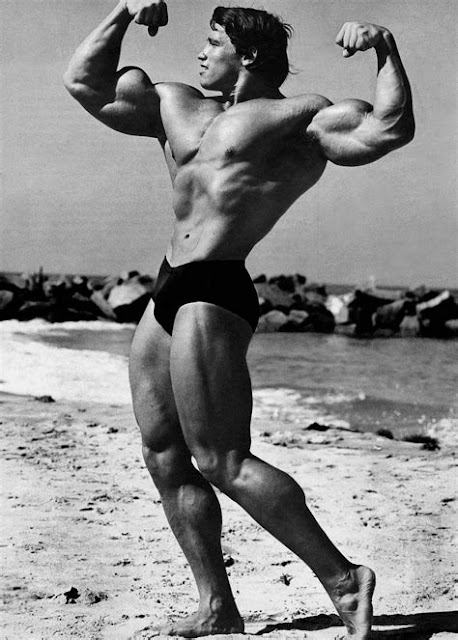 ...taken at a recent "wear something inappropriate to work" day at our company...as you can see having a little more room to str-e-e-e-e-e-tch out will be useful while trying to get some sleep and dodge the various, random blows inflicted on me as I lie there harmlessly minding my own business.

Anyway, if you're in the market for a new bed, you can't do better than Zinus  That's where we got our new King Size bed and truly we couldn't be more pleased.

We'd been looking at traditional Big Box retailers and online at places like Joybird, Wayfair, etc., and were just about to buy a very nice mid century modern bed from one of them.

Thankfully my grandson and his wife told us about Zinus...we checked them out and found our new bed for a fraction of the cost...we saved well over $1000 by going with Zinus instead of what we were going to do.

And when the FedEx guy was delivering our bed he told us he had 4 more just like it on his truck...Zinus has become very popular for very good reasons.  The traditional stores and online retailers must hate them, but you're going to love them.

Check them out...you'll be glad you did. 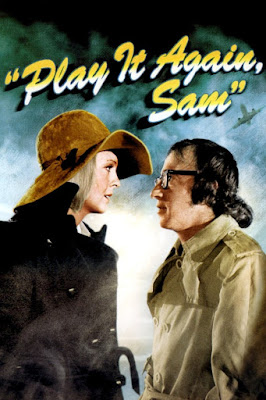 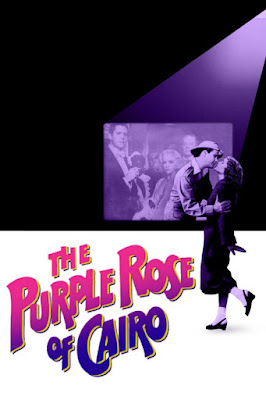 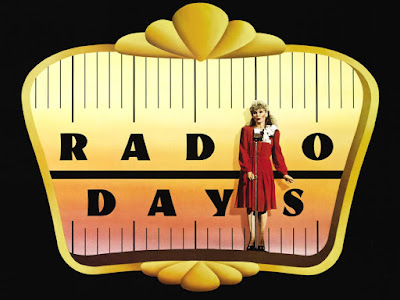 Watched all of them recently and all of them are excellent...and of course they all feature Woody Allen's brand of neurotic humor where he's not just ok with self-deprecating humor, he's fanatical about it.

You must have watched Casablanca first, before you watch Play It Again, Sam, to really get some of the recurring humor...but assuming a) you have seen Casablanca and b) you liked it, then it follows that c) you're going to love Play It Again, Sam.  Special kudos to Jerry Lacy, the actor who portrays the hallucination of Humphrey Bogart... 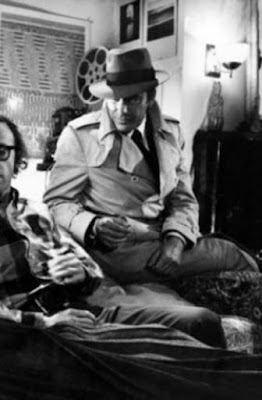 ...he's dead on and hilarious as the hard boiled Bogey from days gone by.

The Purple Rose Of Cairo is simply one of the most creative movies I've ever seen, especially when taken in context of when it was released in 1985.

And Radio Days was described as the best loving tribute to a bygone era ever made...not sure I'd go quite that far, but it's great fun reliving the 30's and 40's through the eyes of a young Woody Allen when Radio was king.

Still casting about for my next writing project...need to settle on one soon as I've taken to wandering aimlessly, searching for inspiration... 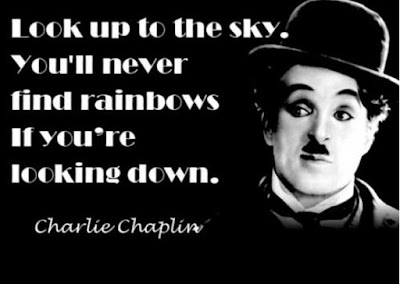 Not that I haven't kicked around a few ideas but none of them have taken root yet...don't really want to write a murder mystery but may do so just to give that genre a try...thinking...thinking...