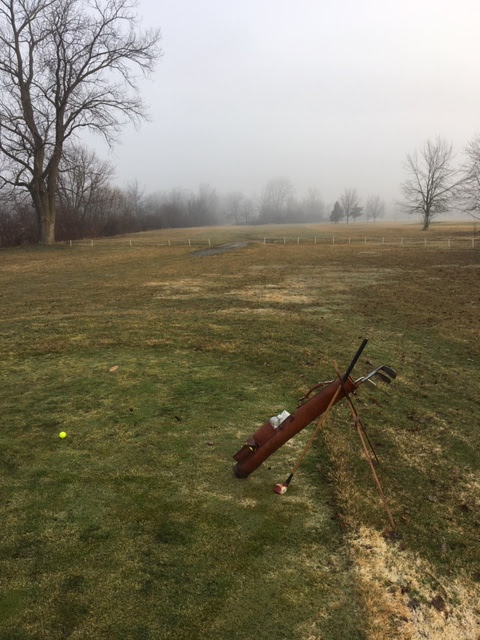 Which I suppose was the crux of the problem. 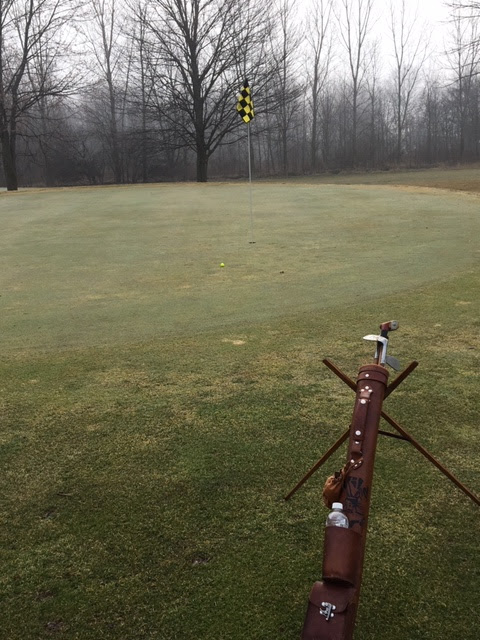 It wasn't all bad, however...my hickories and I held our own now and then...hit about 160 off the tees with my cleek, 120 in the fairways with my mashie, 75 or 80 with my niblick...and Calamity Jane and I got reacquainted...

...well enough that after a couple of holes we were on speaking terms again...2 putted most of the time, so not all bad.  (I said most of the time - managed to 4 jack the 8th green for a snowman in a spasm of putting incompetence.)

Even strung 4 halfway decent holes together in the middle of my round with a bogey, bogey, par, bogey at which point I very nearly expired in a burst of shocked and surprised glory.

Of course a couple of the other holes were an exercise in higher math, but even so I'm happy to report I did not lose any golf balls.

That's not to say I was always in the fairway; more like nothing is growing yet so it was easy to find my errant shots that landed in the rough.

Just remember, it's called "golf" because all the other four letter words were already taken.

It's certain I'll have worse rounds this year but I'm hopeful I'll have better, too...so once again it was some solitude, some exercise and a very pleasant stroll through the country.

Gotta give a Happy Birthday Shout Out to #5 son today... 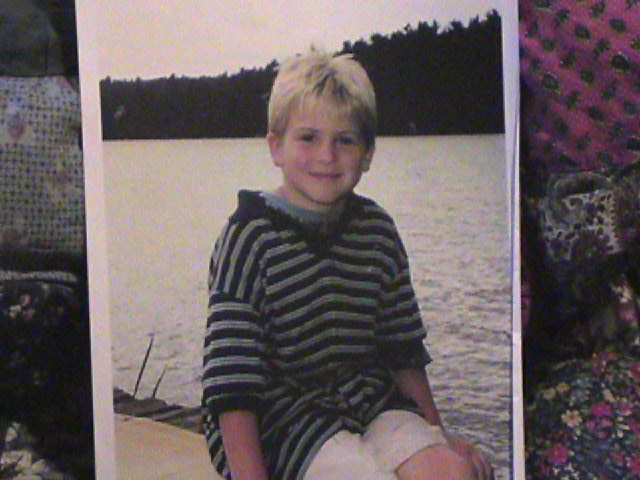 ...o man, why do parents always do that?  Dig up some picture from 25 years ago as if somehow they just can't admit their kids have grown up!  But he was a cute kid, ya gotta admit...

...and he grew into a handsome man...here's one of Benjamin when he was in the service... 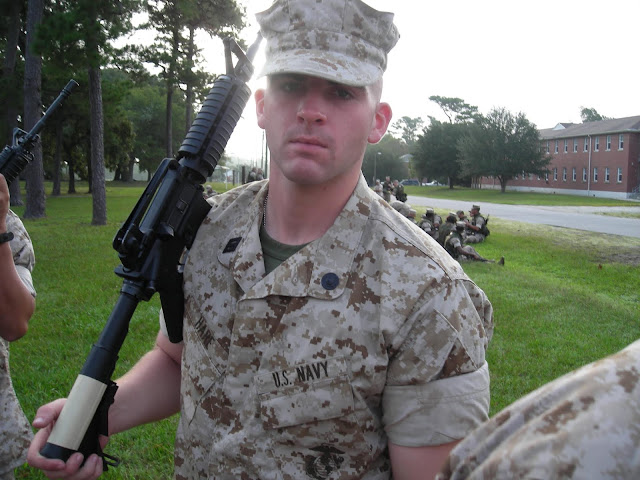 Superman does not always wear a cape, you know...

And here's one of him with his beautiful wife, Brooke... 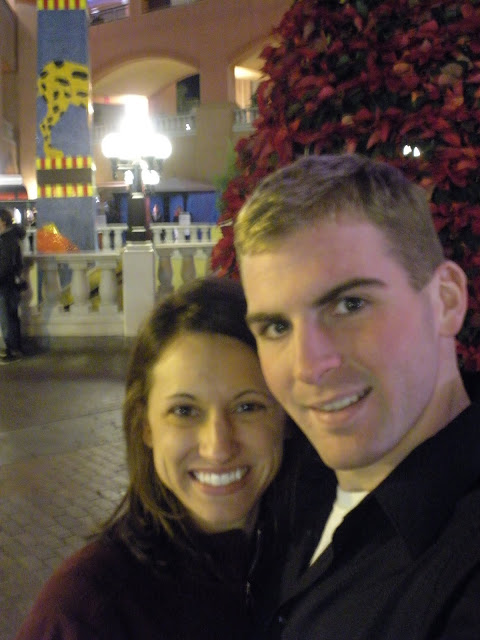 My youngest is now 33 years old, a miracle that simply does not seem possible.  Happy Birthday Benjamin!

Saw this Dilbert comic the other day...

Speaking of buying my book(s)...ran an ad in "The Vintage Ford" magazine...that's the official publication of the Model T Ford Club of America...nice looking ad designed by the Executive Director, Susan Yaeger, who has been very supportive of my Papa's Model T books.

But sadly, no sales at all from the half page ad...always said if I couldn't sell a book about a Model T to a group of people who pay membership fees to belong to a club devoted to Model T's, it might be time to move on to something else...

And so Mr. T is officially up on the block for sale now...have gotten a few inquiries and as the weather improves I'm hopeful he'll find a new owner.

Watched an interesting flick the other day... 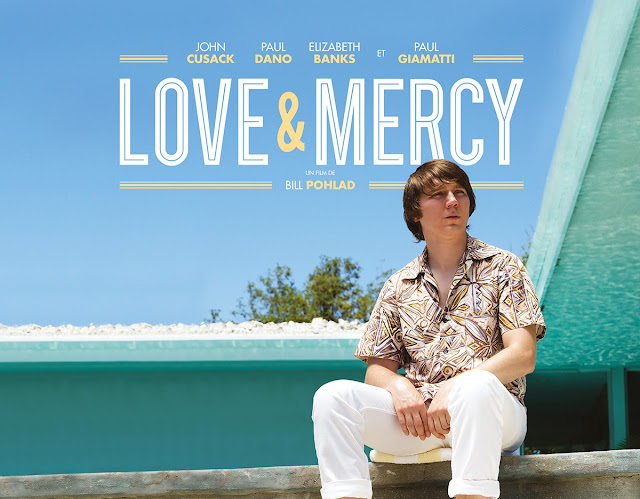 ...Love & Mercy, a film about Brian Wilson, musical genius behind the Beach Boys.

It stars Paul Dano as the young Wilson in the early to mid 60's, and then John Cusack as the older Wilson in the 1980's and beyond...and the filmmakers switch back and forth between the two pretty regularly, so it made for some jarring transitions bc those two guys really look nothing alike.  You just have to remind yourself, "ok same guy, 20 years later".

The story is about Wilson's struggle with mental illness and drug abuse, which ultimately led to him being treated by Dr. Eugene Landy, played frighteningly well by my favorite character actor, Paul Giamatti. 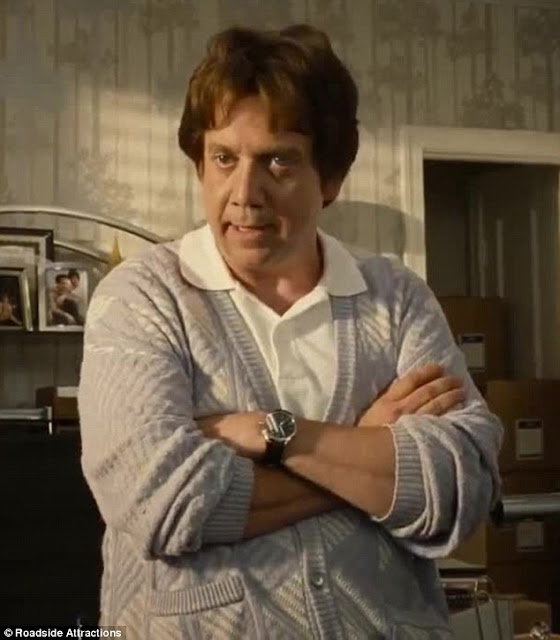 Landy was a shady character, a control freak and appears to have been every bit as mentally unbalanced as any patient he may have treated.

He certainly was unethical and sunk his claws into the needy, self-destructive and at times helpless Brian Wilson.

In the happy endings department, the movie does show how Wilson broke free of him, partly because of his relationship with Melinda Ledbetter, portrayed in the movie by Elizabeth Banks... 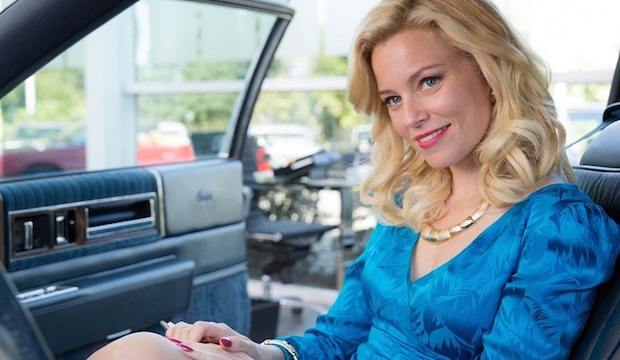 ...Melinda witnessed the Svengali like control Landy had over Wilson and alerted Brian's extended family to the problems there.

A lawsuit filed by Carl Wilson resulted in Landy being stripped of his license to practice psychology in the state of California, and he was prohibited from having any personal contact with Brian Wilson.

Unfortunately, like a parasite burrowed deep into the skin of its victim, for a time Landy continued to maintain control over Brian through surrogates.

By the early 90's however, the pestilence was finally rooted out of Brian's life completely, and Landy ended up in Hawaii - guess what? - practicing psychology again.  Those lucky Hawaiians.

Brian was then able to escape the drug overdoses Landy was giving him... 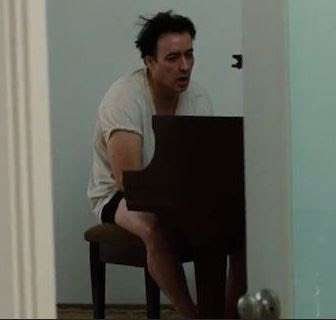 ...and get the treatment he actually needed.

It's been a long, hard road but gradually Brian has improved.  He and Melinda Ledbetter married and remain together today.

This one is a bit of an ordeal to watch, but worth your time to see the harrowing back story of what appeared at the time to be the carefree, summer fun Beach Boys.

Brian Wilson composed the soundtrack to which an entire generation danced and grooved; see this film to learn the heavy price he paid for that impressive accomplishment.

The cold and foggy morning has segued into a gorgeous, sunny afternoon, so... 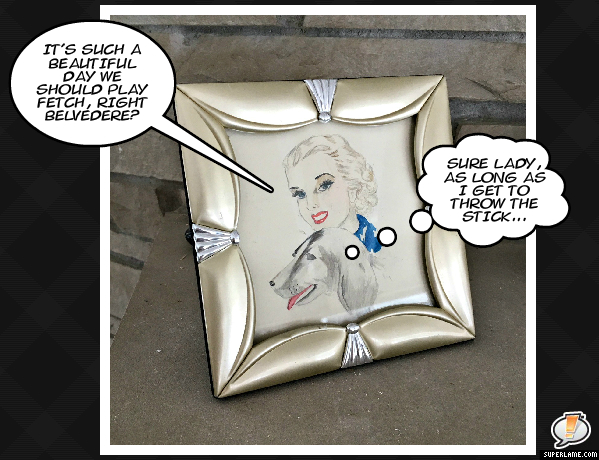