The Glory Of Young Men...

That's Benjamin, #5 son, practicing his Olympic lifts for cross fit.  That was 185 pounds on the bar for that Olympic style snatch.

Benjamin is my son who always surprised me...he weighed 260 as a sophomore in high school, and after the football season that year decided he wanted to lose weight.  By next fall he weighed 180.

Then he decided he would act in a school play...and tried his hand at stand up comedy in the school coffee shop...sang in a quartet where he saved a faltering routine in a talent show with a mellow rendition of sitting on the dock of a bay...decided to get into boxing, and boxed in an amateur bout in a casino in Traverse City...then announced he was joining the military during wartime...became a certified cross fit trainer, and is now attending Bible College on the GI Bill while he manages two gyms in Ohio.

He def keeps me guessing on what's next, but I know whatever he puts his mind to will become a fait accompli since he first commits his plans to the Lord and leans on Him for guidance.

Oh, the second part of that verse is "the beauty of old men is the gray head."  See?  I'm beautiful after all.

This is Mother's Day weekend...hope everyone did the right thing and honored their mother.

Karen's not my mom, but she is a mom, and a very good one...bought her roses for Mother's Day: 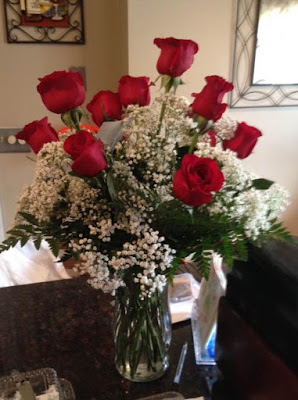 Our tree out front is blossoming now...it's gorgeous...too bad it only lasts for a few days: 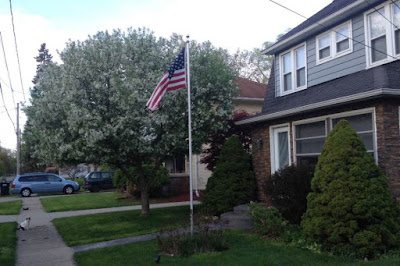 Got a couple of radios back from Chase Electronics in Lowell...one of them is a 1949 Philco that's not just a radio...it also plays 78 rpm records...here it is playing Les Paul's "Dry My Tears"


Think I'm going to put a small - and I do mean small - goldfish pond in our backyard.  We had a pretty big one years ago, but I got tired of the constant maintenance of filters, pumps, waterfalls, etc.

This one's going to be a 50 gallon pre-formed pond and all it will have is one pump with a filter and a uv light for algae control...that's it...well, besides a few pond plants and some 50 cent goldfish you can buy at Meijer.

Drove Mr. T today...hopefully will tomorrow, too...didn't travel back in time to the 1920's...leaving that for Papa X at the moment...and ruminating on the next book now that Papa's Model T: The Long Count is almost complete.

we now have a small pond almost complete in the backyard: 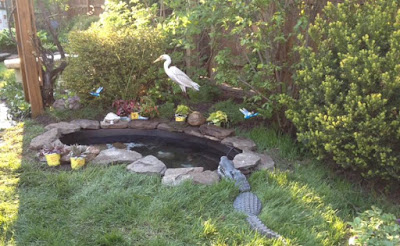 still need a uv light, a few pond plants, then a half dozen goldfish and we'll be good to go.