...on Freedom...I like that picture...my soldier son trying to get some rest in the desert but still fully armed, ready to do his duty when called.

For a stark contrast, here's some of what I got to enjoy in the cool of the morning today: 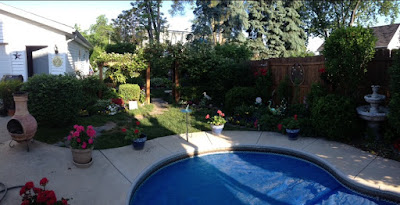 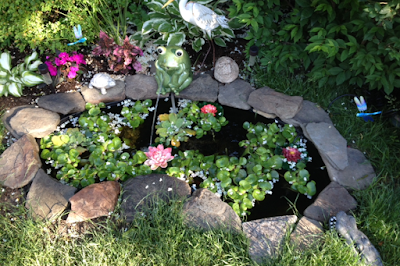 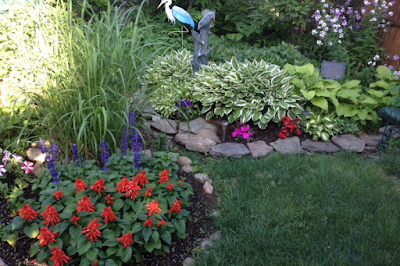 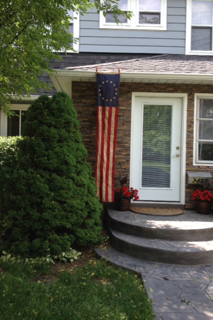 We live in the city, but it's been a quiet, peaceful morning...birds chirping, squirrels scampering around the deck for peanuts, a beautiful view of lush greenery and vibrant flowers.

At first blush these two environments - armed conflict in a foreign desert vs peaceful beauty at home - appear to be radically different, disconnected realities.

But they are related in one vitally important way:  the first makes the second possible.

Without the sacrifice of our service men and women through the ages, those of us at home would never be able to enjoy the fruits of freedom.

Freedom is a God given right, but it must be defended by our soldiers.

So on this Memorial Day we pause to remember and to give thanks for the brave men and women who gave their lives for our freedoms. 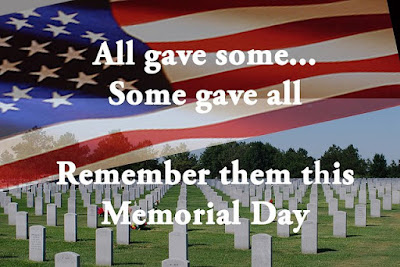 A heartfelt Thank You to service men and women everywhere...God bless you.
This has been a good weekend...very relaxing, nice weather, and fairly productive.

Thanks to #4 son, I am able to start weightlifting again: 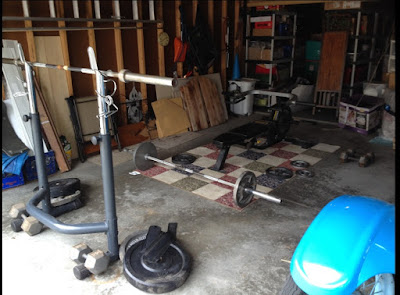 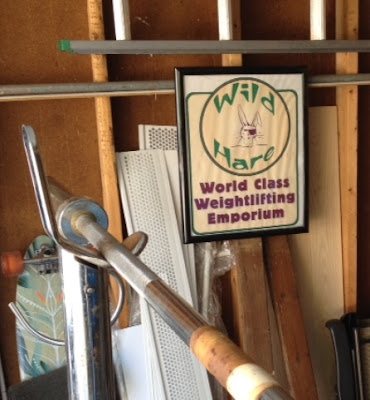 Chris had these in storage and so is loaning them to me...I've been using the Total Gym to work out and that's been fine, but I really need to muscle build again and weightlifting will do the trick.

I've driven Mr. T a few times, relaxed by the fire at night, gotten some yard work done, worked on my fourth "Papa's Model T" book, and kept up with the Notions scramble as always.

Almost ready to jump back into the workaday world tomorrow...I said almost.