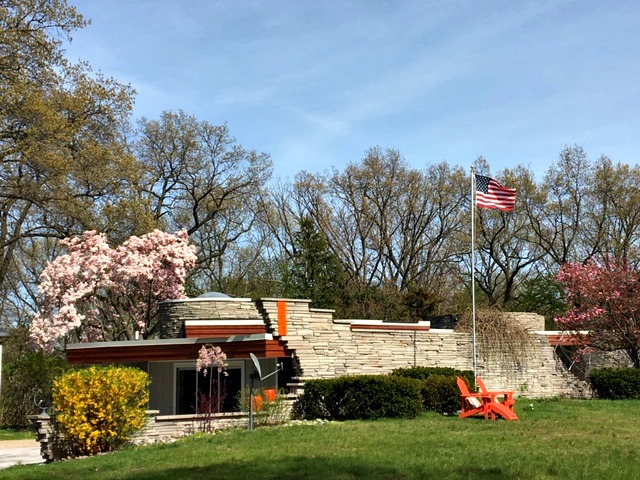 ...the month of May in Michigan...everything greens up and blossoms...so beautiful. 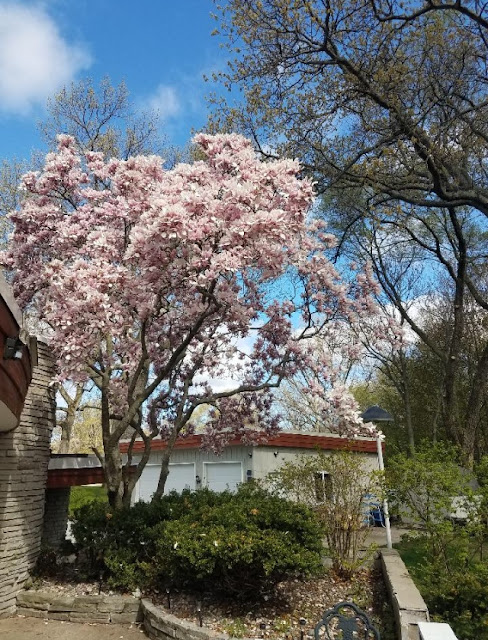 Wish that magnolia tree would keep its flowers all summer!  Sadly they'll be gone in another week.

Critter activity keeps increasing...besides a couple of neighborhood cats and a 'possum, we now have this guy... 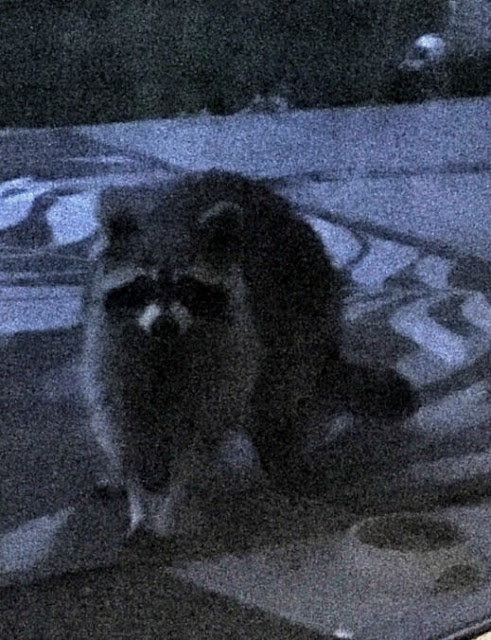 ...Rocky Raccoon feeding from the cat dish on our back patio.  Gotta hand it to the folks at Purina...their Seafood Friskies cat food is a hit with all the locals.

And the bird population is doing well...our oriole is back, and I recently heard Woody hammering away the other morning... 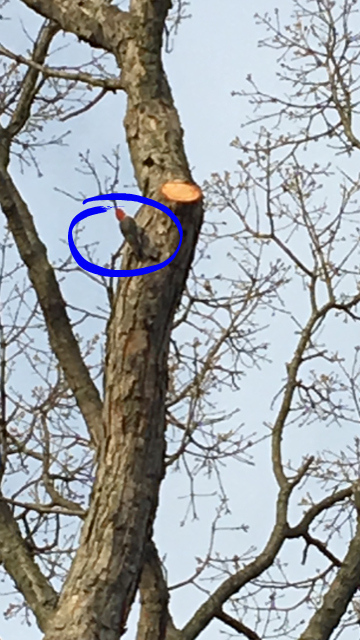 After what seemed like a long hiatus, I was finally able to get back on the links... 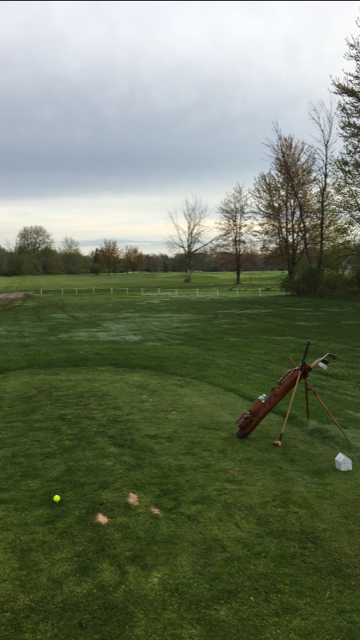 ...another cool and cloudy one, and the course is still too wet, but even so it was truly a delightful stroll through the country today. 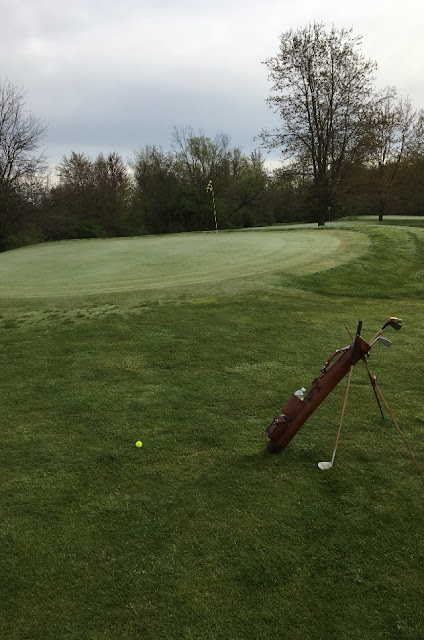 Didn't score especially well...only 1 par the entire round...but I had legitimate chances for par on 3 other holes, including #7... 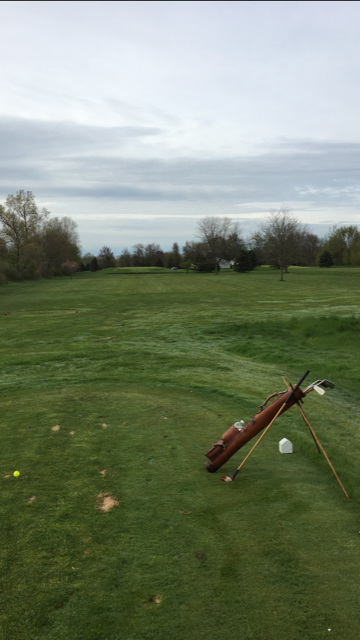 ...where I stroked a 25 foot putt right into the flag, but it bounced off bc I hit it just a little too hard. 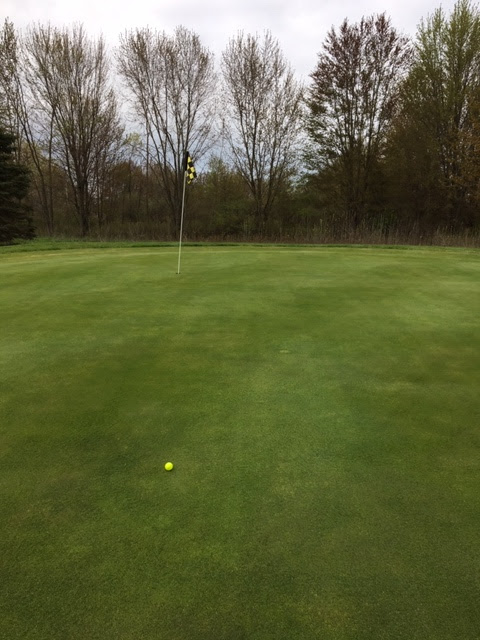 Overall not a bad trip around the links for me...consistent from the tees with my cleek, hit my mashie on the fairways pretty well, chipped with my niblick almost like I knew what I was doing, and even handled Calamity Jane on the greens with some flashes of competence now and then.

When I tapped in for bogey on #9 all was right with the world...depending on the rest of y'all to keep it that way.

Here's a sneak preview of what's cooking in the courtyard... 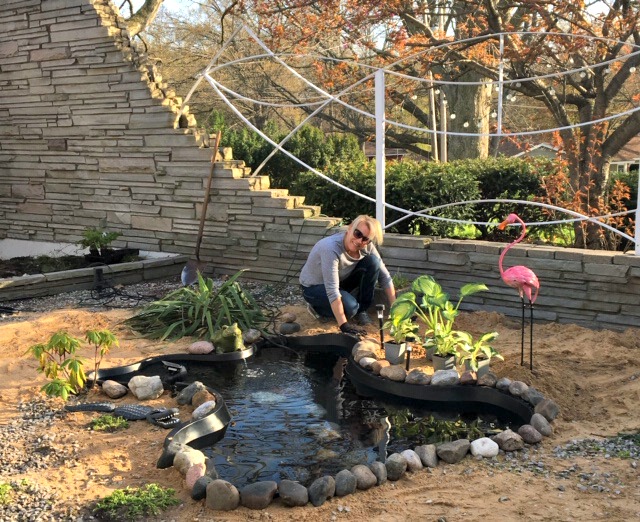 ...that's a shot of the hired help working her magic...but whatever you do, don't tell Karen I said that...she'll start charging me.

As you can see we're just getting started, so to push things forward a bit we braved the craziness of Countryside Greenhouse the day before Mom's day... 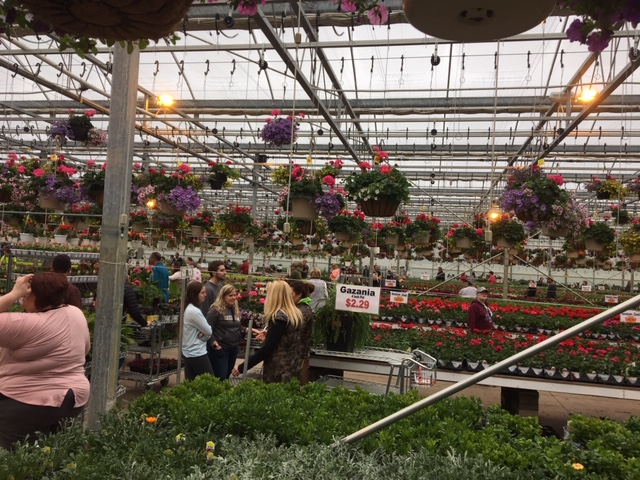 ...and then Karen just spread some of what we bought around the lagoon area in preparation for actual planting... 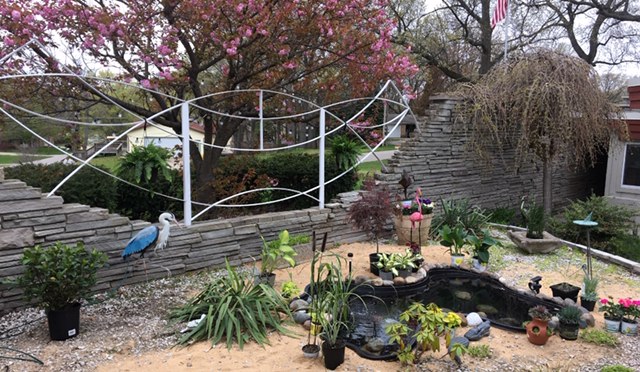 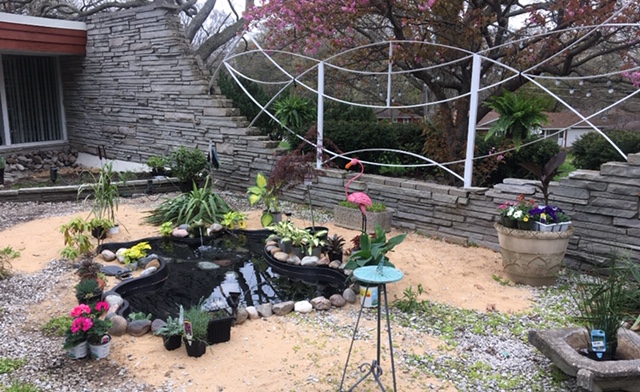 ...long way to go but it's coming along.

Here's what lives on the other side of the lagoon... 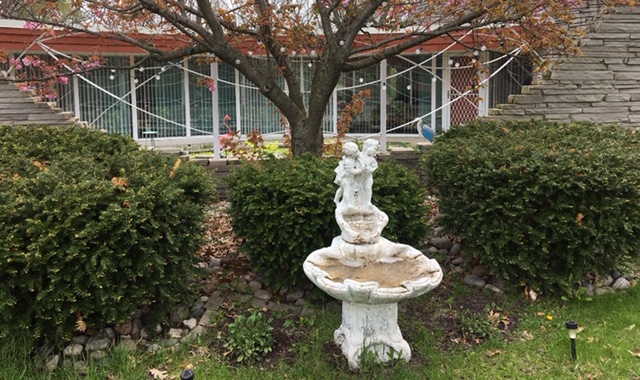 ...a couple of naked jaybirds playing in the fountain...it's supposed to be "aht", I think...

And on the diet front... 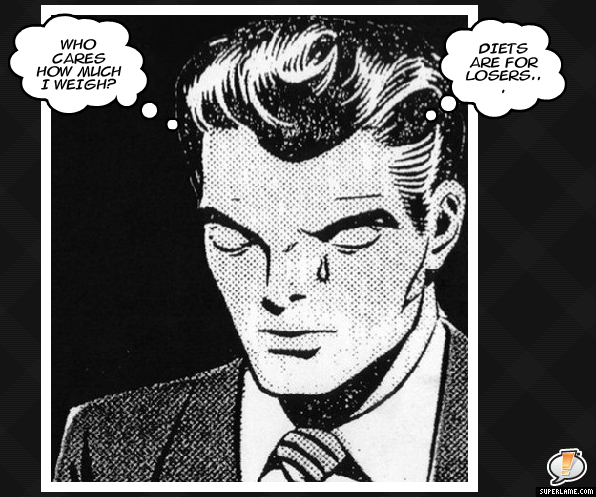 ...it's been and up and down kind of week...currently sitting at 208, which puts me at 10 pounds less than when I started.

Not exactly a raging success, but I definitely needed to lose those 10 pounds, and losing 5 more would be a good thing.  I'm hopeful, as the weather improves and we get outside more consistently, I'll be able to shed the remaining 5... 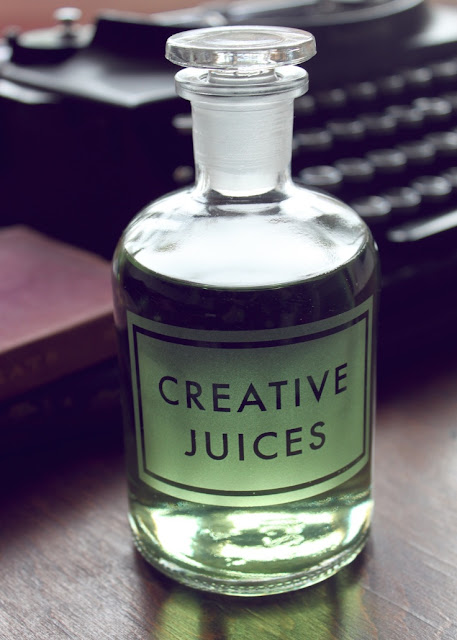 ...and I'm honing in on an idea for my next masterpiece...working title of "13 Fridays"...still in the planning stages but it's starting to come together...I've got the layout and general theme and starting to fill in some of the details...with a little more historical research I should start writing in the next week or two.

And finally, it's Mom's Day...originally championed by Anna Jarvis... 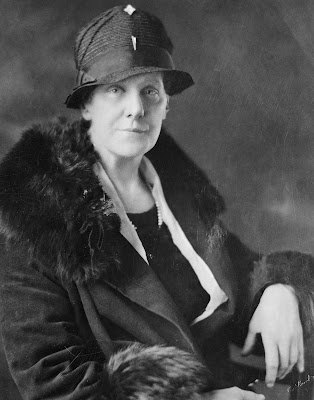 ...back in 1908, it became an official holiday by 1914, designated such by then President Woodrow Wilson.

However, Ms. Jarvis became mightily annoyed by the rapid commercialization of her beloved holiday - all the florists, confectioners and card makers knew a moneymaker when they saw one - and over time she actively campaigned against the day she helped popularize.

By the time she died in 1948 she was nearly broke, having spent most of her life's savings trying to have the day removed from the national calendar of holidays.

For most of the rest of us, it's far less complicated...so call / visit your Mom, will ya? 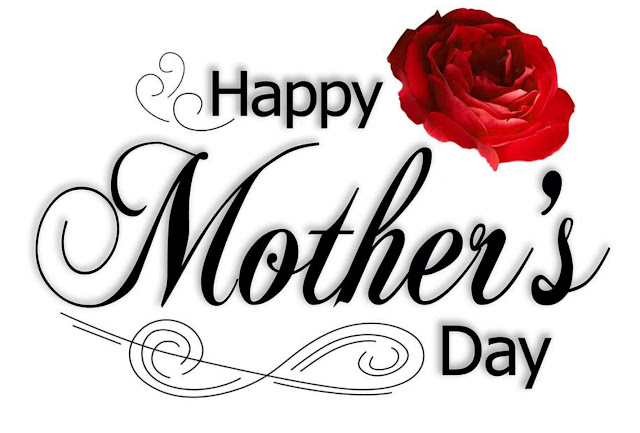