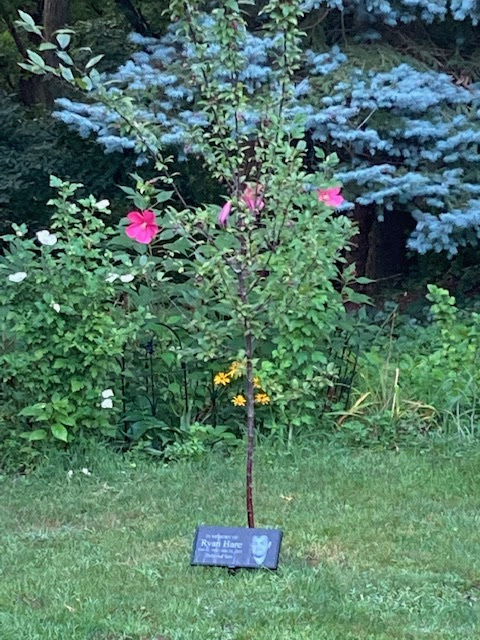 ...finally arrived...and I'm quite pleased with it. 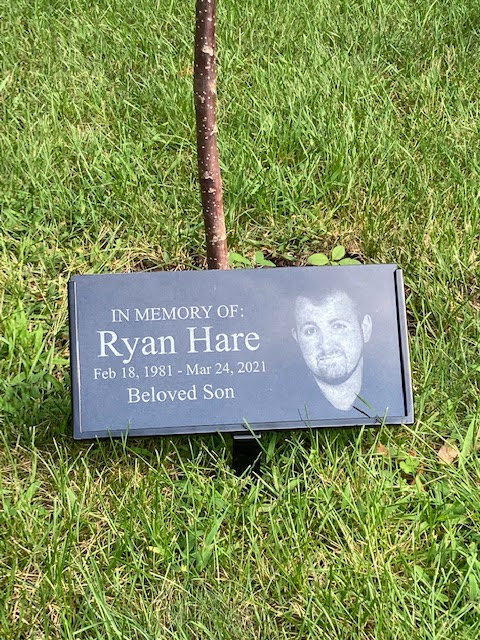 They did a good job with both the text and his picture... 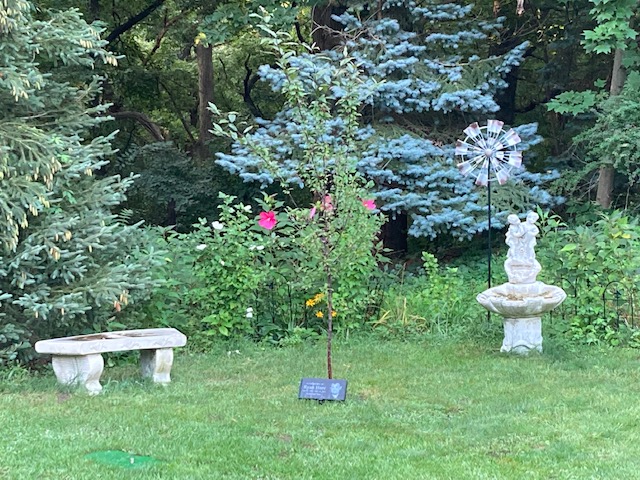 ...and it's an appropriate way to honor his memory.
I like to spend a few quiet moments in the morning by his tree, thinking about his time on earth and giving thanks for his new life in heaven with his Lord and Savior.

Decent day on the links... 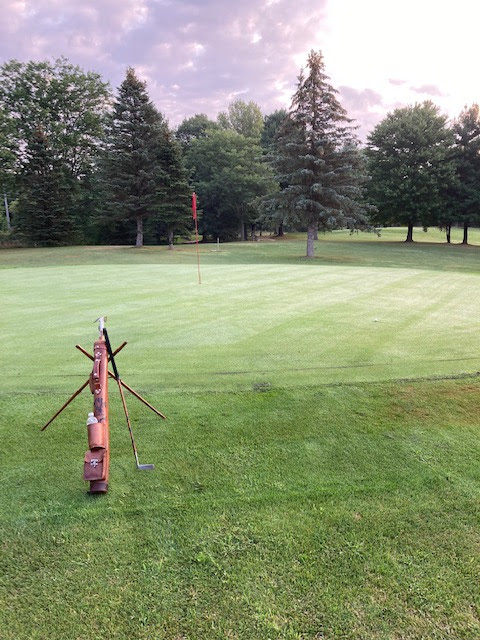 Managed 1 par and a few bogies, but didn't putt very well.
One of those bogies should definitely have been a par...
...and I flubbed a couple of niblick shots around the greens as well.
Even so I enjoyed the round.
Kept it in the fairways - well, mostly - and finished with the same ball, so really can't complain (too much).

Plus my one par was on the 9th hole...nice tee shot with my mashie left it 25 feet from the hole, then standard 2 putt for par...great way to finish my round.
In other hickory golf news...
...I have decided - with some regret - to moth ball my gutta perchas. *
They have a line cut cover... 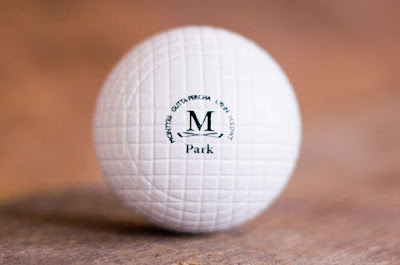 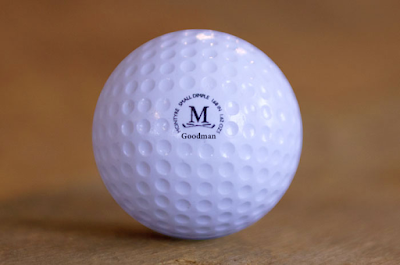 ...so you got more distance with them.
They were played in what's referred to as the "classic era" of hickory golf, when they used a couple of woods (brassie, spoon) but the rest of their clubs were irons (driving iron, mid iron, mashie, niblick, etc).
So I've been mixing eras, using a pre-1900 golf ball with my classic era clubs <insert shocked gasp here>.

Starting next week I'm going to sync up my equipment so both my clubs and the golf balls I use will be from the same hickory era.
I know this is both fascinating and a huge relief to about 1/2 of 1% of you who grace this blog with your presence, but hey...it could be worse.
I could regale you with tales of my belly button lint collection...

...so count your blessings.
*  naturally I reserve the right to change my mind and revert to gutta perchas

The clown in chief... 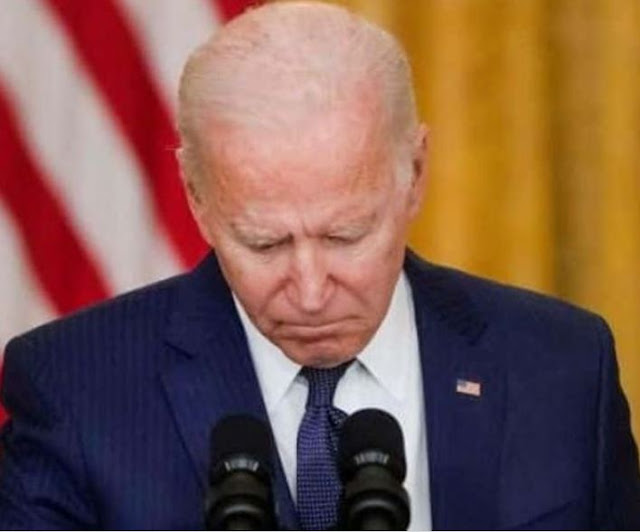 ...held another presser on his debacle in Afghanistan, and he opened the carefully scripted Q&A session by saying, "I've been instructed to call on this reporter..."
Wow.
By whom was His Fraudulency "instructed"?
China?  The Taliban?  The voices in his head?
Remember the Trump years when the press resembled a crazed pack of howling, slavering jackals... 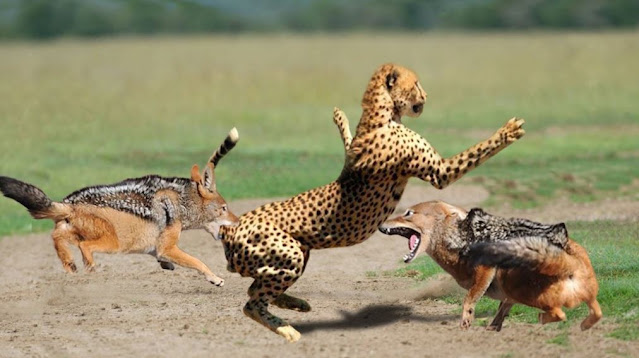 ...who couldn't wait to tear into their prey with "when did you stop beating your wife?" gotcha questions?
They were salivating at the thought of the sound byte moment starring the wonder of them!  to be played later that night on their propaganda channels.
Well forget all that...those press corp jackals appear to have undergone voluntary lobotomies... 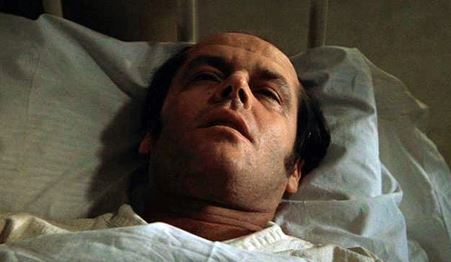 ...sitting silently like obedient 3rd graders in Sunday school, waiting their turn to respectfully recite their assigned "questions" to the doddering fool in front of them.
"We've instructed him to call on you first," some lucky faux-journalist is informed.
"And remember:  speak slowly and clearly, then sit down and remain quiet.
"Who knows?
"He might even be able to read the answer from his cheat sheet correctly."
As events in Afghanistan have clearly demonstrated, Biden is unfit to lead a finger painting class, much less the most powerful nation on earth.
May God have mercy on our country.

Talking about politics always makes me want to take a shower, but before I do...
...let's see what's shaking in the parting shot department, shall we?

There are so many problems in the world it's easy to be overwhelmed, so I leave you this week with some encouragement from God's Word: 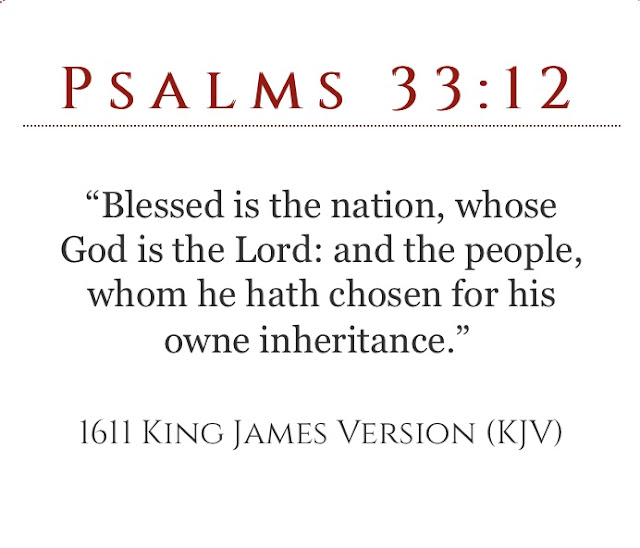