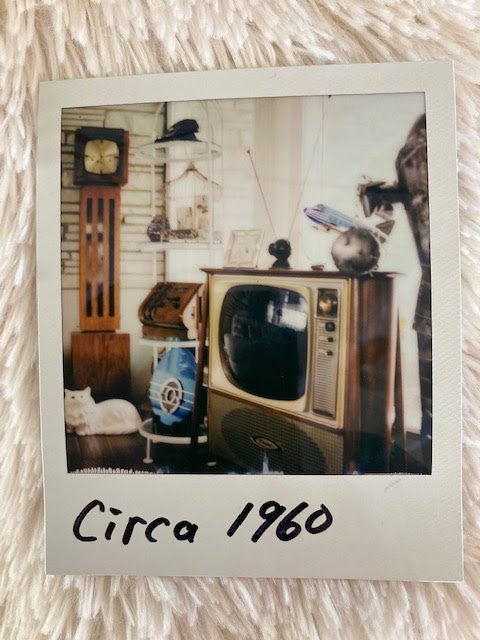 ...of waiting.
If you're of a certain age you recognize the above as a Polaroid picture, and unlike today's digital photography that's truly instant, taking pictures with a Polaroid camera involves some wait time... 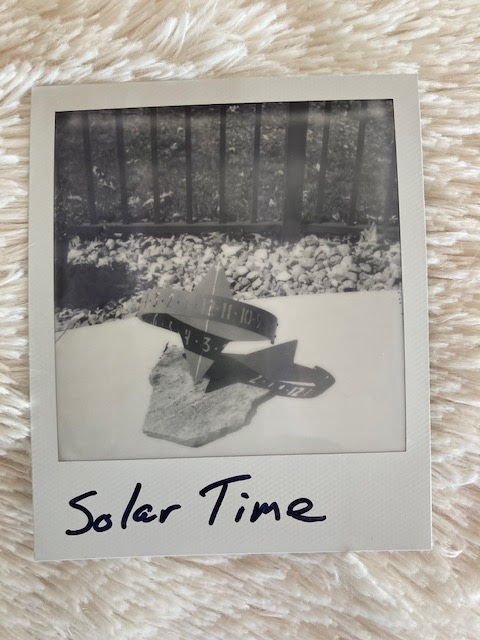 ...for that wonderful analog chemical reaction to percolate awhile as it cooks up an amazing picture right there in front of your beady little eyes.
The irony, of course, is that back in the day when Polaroid cameras were first introduced - think 1948 and the Polaroid Land Camera Model 95 - they were hailed as "instant photography".
No waiting!  Instant pictures! 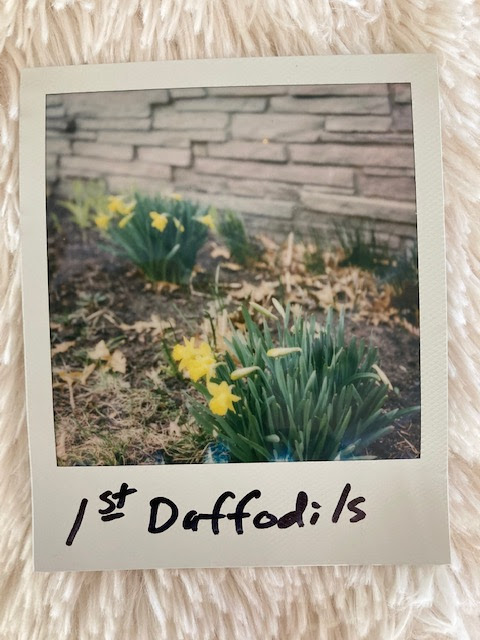 Compared to the normal process of taking an entire roll of film, then removing it from the camera, packing it up and sending it away for development - something that could easily take a week or more - a Polaroid picture was indeed "instant".
And the Polaroids of old did develop more quickly than these Polaroid redux pictures do.
Whatever the chemical mixture was back then - now banned - it was much faster.
Within a few short minutes you saw your handiwork appear like a phantom emerging from the mist until voila! 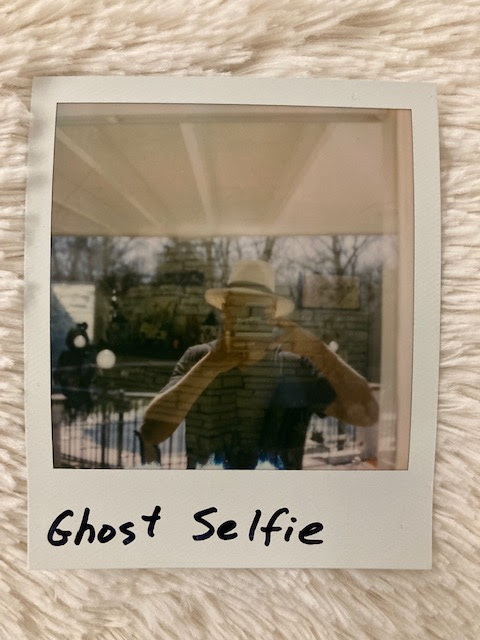 Your masterpiece metamorphosed into vibrant reality right there in your sweaty mitts.
Today it's more like 10 or 15 minutes, and they actually continue their chemical process for quite awhile after that.
So...given the wait, the cost, the quality compared to ultra hi-res digital photos...is it worth it? 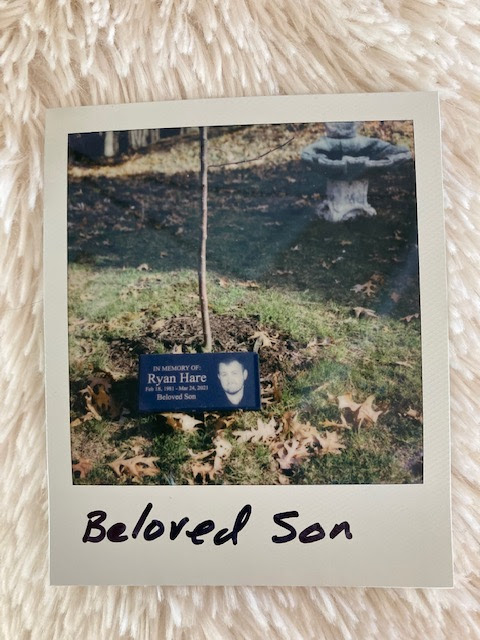 Sorry...didn't mean to insult your intelligence with such a dumb question.
Obviously it's worth it.
All you have to do is take one look at the camera that produces those pictures: What?  You don't think that looks like a camera?
How about now? 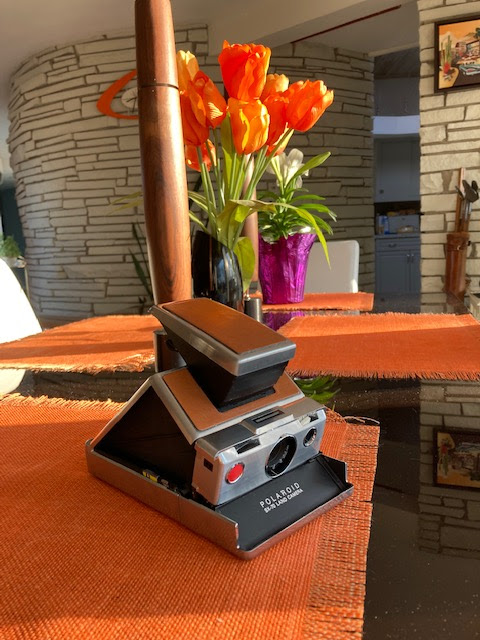 Yeah...that flat rectangle was the original Transformer, an engineering and photographic marvel that - with a pull of the hand - miraculously morphed into the coolest camera ever invented: 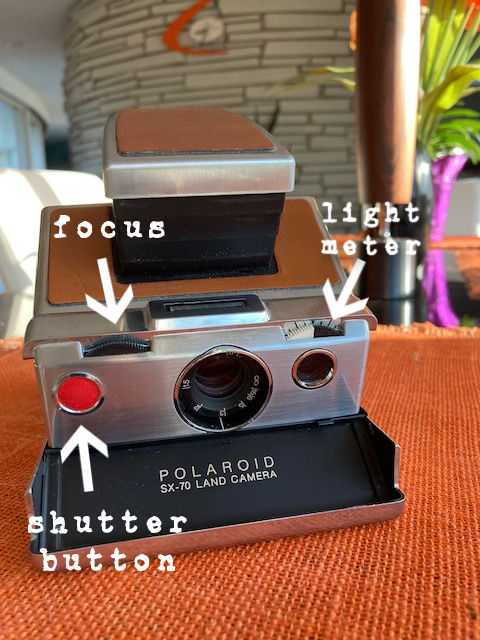 The Polaroid SX-70, introduced in 1972.
A decade later it was out of production, but thanks to the Impossible Project in 2013, now succeeded by the rebirth of much improved Polaroid film, these classic cameras live again. 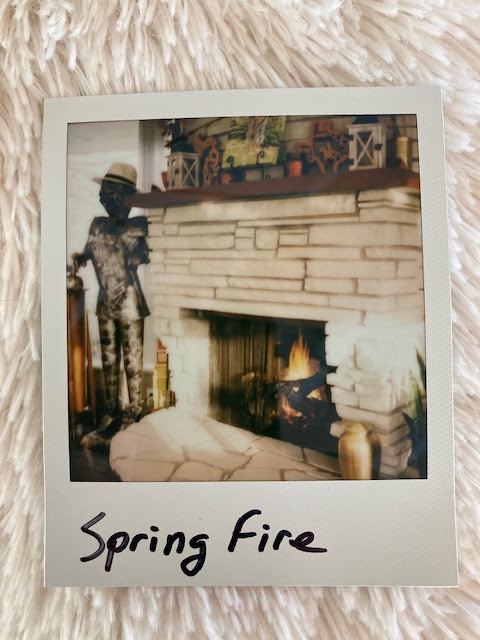 The SX-70 film is quite sensitive to over exposure, so it takes some experimentation with the light / dark adjustment to get it right.
Polaroid recommends setting the light/dark dial a third of the way toward darken: 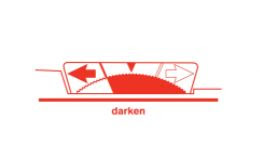 That, however, is just a recommendation and each camera is a little different, so it can take awhile to find the sweet spot on your particular SX-70.
After more than my share of failures... 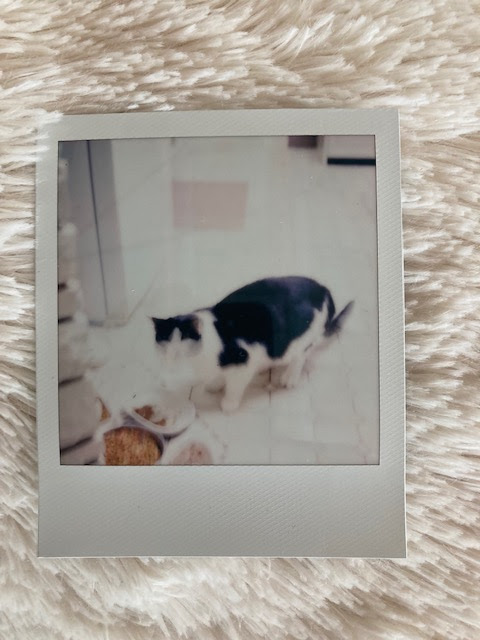 ...I'm now finding success with this camera.
Indoors the camera actually adjusts to lower light conditions by using a slower shutter speed - a bit unnerving the first time you press the shutter button and experience this long pause before the film ejects. 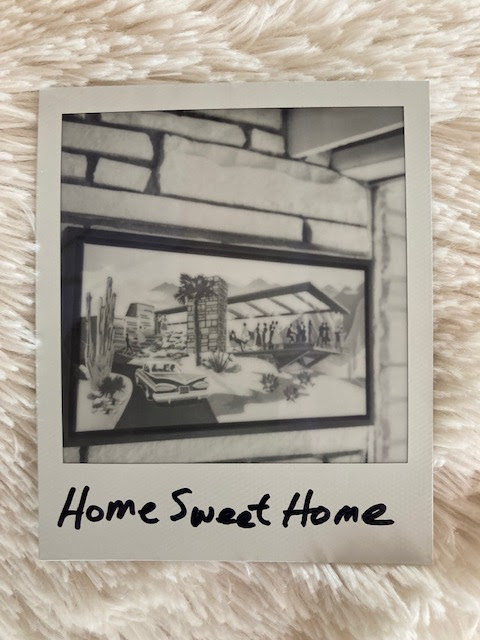 Never fear, as long as you didn't punch the button, but firmly pressed and held it a moment, the film will eject...just be sure you hold the camera steady during the pause to reduce blurring. 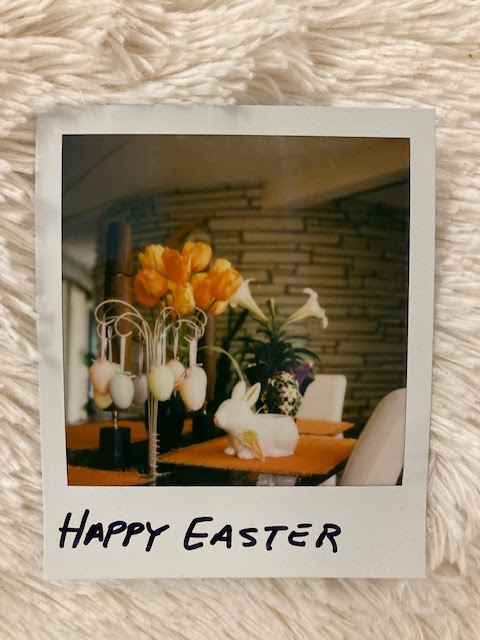 Indoors at night requires a flash attachment and the results are variable.
If you're photographing something up close, it tends to highlight/wash out that person or object while most of the background fades to black. 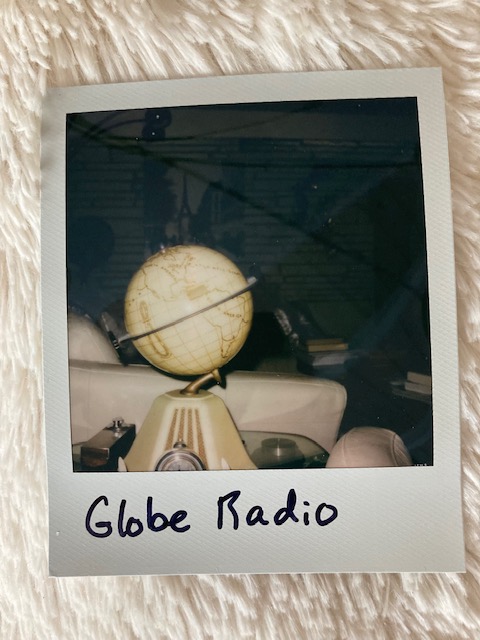 If you're not taking a closeup it seems to work a little better... 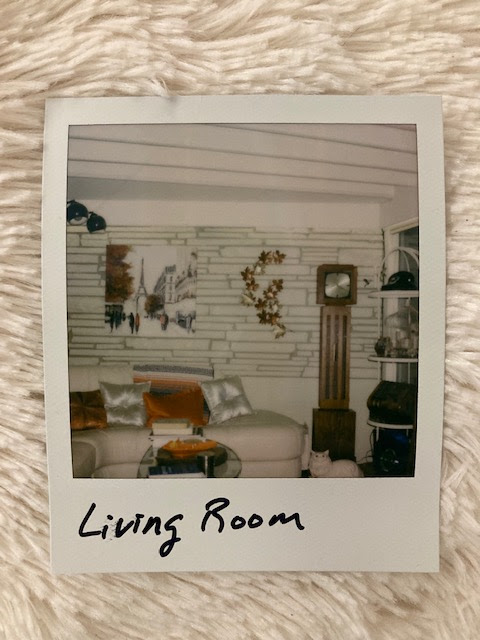 ...though I probably should have had the light/dark dial a click more toward darken.
Those last two were taken with a vintage NOS SX-70 flash bar, though Polaroid does sell an electronic one.
Bottom line, your best pictures will happen when there's lots of natural daylight, either inside or outside, and I absolutely love the rich, soft, creamy colors you get with the SX-70 film. 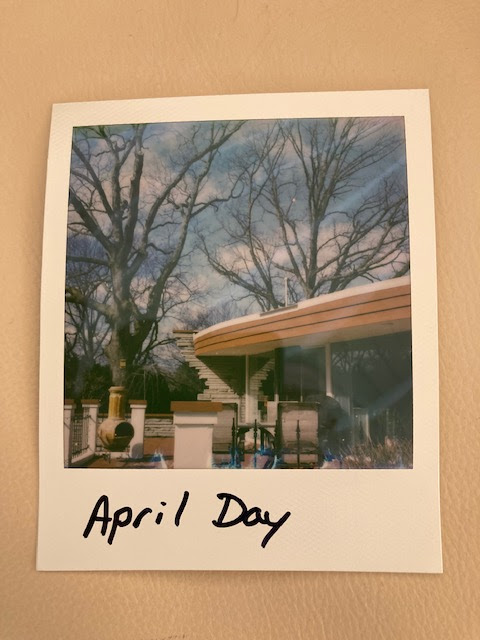 This camera is so cool it should have been a mid century modern marvel, but missed that era by 7 years or so. 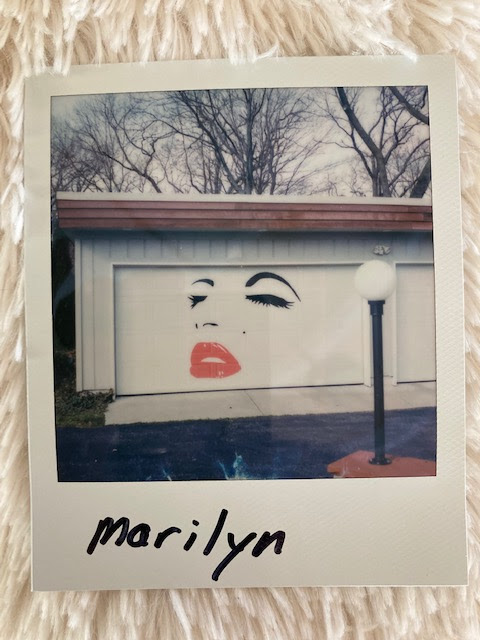 Sadly, that drops it solidly into the 1970s, the dumbest decade on record:
Jimmy Carter, pet rocks, disco, polyester leisure suits, the Chevy Chevette, my first marriage...
The 70's owe the world an apology for pretty much everything EXCEPT the Polaroid SX-70 camera.
(And my oldest son...he was born in the 70's, so we'll carve out an exception for him.
(Um...and my co-worker Larry, also born in the 70's; and come to think of it, the Atari was kind of cool, and I did like Jaws; and Star Wars wasn't bad...)
Ok, forget all that.
The point is, you want to be one of the cool kids, right? 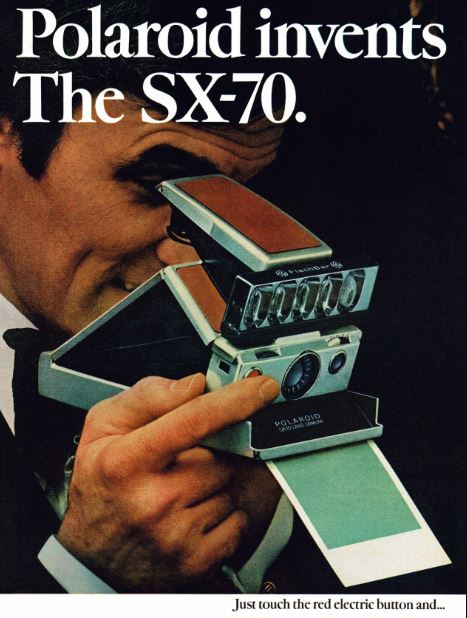 Of course you do, so get your hands on one of these classic SX-70 cameras, buy some Polaroid film and start making some instant memories. 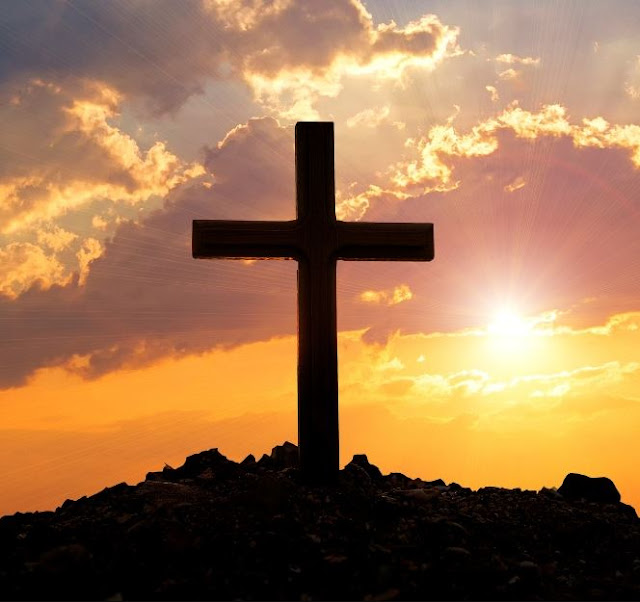 ...the start of Easter weekend when Christians the world over celebrate the death and resurrection of Christ.
For most folks Easter's a yawn, just a day to indulge the kids with candy, stuffed animals, and maybe an Easter egg hunt... 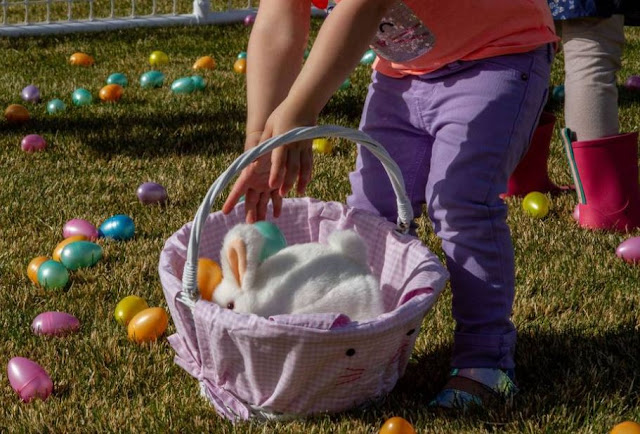 ...weather permitting, of course.
Nothing wrong with celebrating and having some fun; we used to when the kids were little.
In those days we usually had some month left over at the end of the money, but we always tried to scrape enough together for their Easter baskets.
And why not?
They were kids, and we wanted to make it fun for them.
But as the Apostle Paul wrote, "When I was a child I spake as a child, I understood as a child, I thought as a child: but when I became a man I put away childish things." (I Corinthians 13:11)
Rightly so, especially on Easter, because this day above all others has eternal consequences.
On Good Friday, while Jesus hung on Calvary's cross, the wrath of God burned on him for three hours as he paid the awful price for our sins.
Isaiah wrote, "Surely He hath borne our griefs and carried our sorrows: yet we did esteem Him stricken, smitten of God, and afflicted.
"But He was wounded for our transgressions, He was bruised for our iniquities: the chastisement of our peace was upon Him, and with His stripes we are healed." (Isaiah 53:4,5)
The resurrection is proof God accepted His sacrifice... 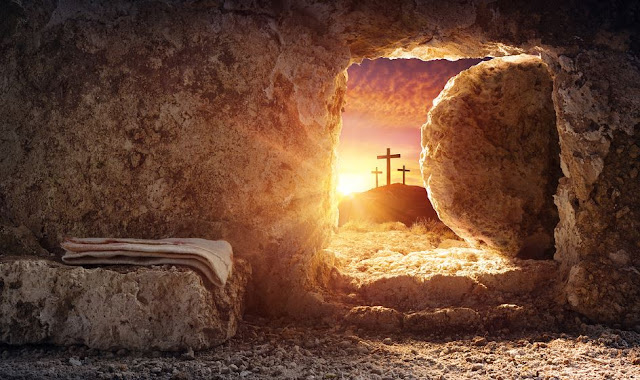 ...so we can have peace with our Creator and eternal life in heaven with Him.
God's done all the heavy lifting here, so what's your part in this?
Simple: <trust Him>
Happy Resurrection Weekend.

And now I see we've arrived at the terminus of another blog entry... 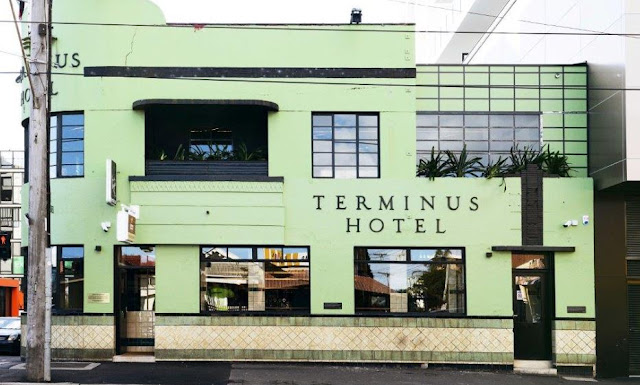 ...well, not that terminus...that one's in Australia where the fascists locked down the citizenry per instructions from... 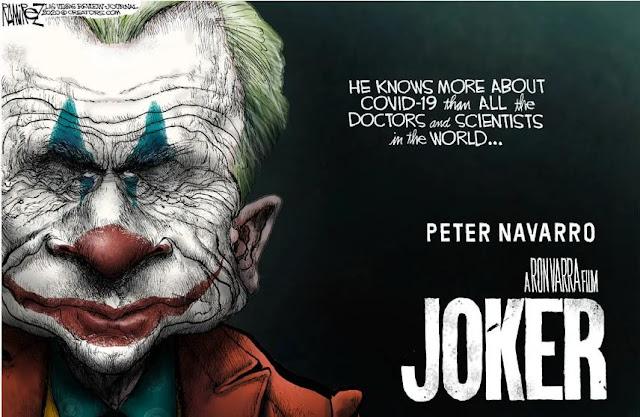 Either way, it is that time again, so you better lock it up...